“Baron Axel has proposed and I believe, by God, that if he hadn’t stated it with such clarity, I would have considered it an unreasonable dream. Surely Little Baron must have been in a state of confusion if he was insane enough to try to conquer my unconquerable person with his insignificant external and internal qualities. Someone I would regard as my destiny should have his head differently furnished and his visage somewhat more agreeable.

Maybe he thought the Baron title would overshadow the deficiencies of the person who wears it, but pride and simplicity are two unpleasant personalities to have as companions through life, and I have found that these two qualities occupy a rather important place in Baron Axel’s character.

At the same time, he is basically an honest and humble man who I would not like to alienate, a man who has shown me so much friendship and done me great service. I would be really ungrateful if I did not value him. But that he would be stupid enough to take on the role of one of my suitors, I will never understand.

Today, the Baroness collected me in a hired carriage. We would hear “The Barber [of Seville]” and were invited by Baron Axel. I am relieved that in my polite refusal of his proposal, the little baron is not annoyed with me and quite well it is, because true friends are scarce.” (Augusta’s Diary: Stockholm, 20 March 1851)

When I was a teenager, I just loved the way Augusta described her refusal of the baron’s proposal! Augusta was not swayed by titles or names. What she appreciated were men with whom she could have a serious discussion or debate.

Who was Baron Axel, aka Little Baron, or sometimes just The Little?

Little Baron is mentioned throughout Augusta’s diary, but he is never mentioned with his last name.

“The Little was also here and was perfectly himself: Extremely polite and prudent, impeccable in his expressions and his clothes, a little disdainful with regards to others, and perfectly satisfied with his own little neat person.” (Augusta’s Diary: Loddby, 14 April 1851)

“Last night at 8 o’clock,  Eva came up with the message that the whole yard was full of strange gentlemen. Such a notice produced countless exclamations of wonder from all of us, for Loddby is rarely honored by any visitation in general, and even less by visitations where the masters of creation constitute the plurality.

With surprise, I heard Baron Axel’s voice among those arriving. Mr. Lorichs from Gothenburg, Mr. Bååth, and Mr. Leopold made up the rest of the group. Baron Axel had arrived in Norrköping the evening before and was planning to return to Stockholm the following morning. We could not persuade them to dine with us, and they left after admiring our beautiful Loddby for a while and talking about various things.” (Augusta’s Diary: Loddby, 8 June 1851)

Could I find out who Baron Axel was by the fact that he had arrived in Norrköping by a steamer from Stockholm, and possibly together with any of the other gentlemen?

I turned to the digitized newspapers and searched for the announcement of passengers arriving from Stockholm in June 1851. And there it was: A notice of passengers that had arrived by the steamer Blixten from Stockholm on the 4th June 1851. There were 5 barons among the passengers: Baron Ehrenkrona with family, Baron Stjernstedt with family, Baron Sederström, Baron Ribbing, and Baron Hermelin. I could ignore the ones with family. Then I also detected the name of one of the gentlemen who had visited Augusta: Mr. Lorichs. He was listed next to Baron Ribbing.

Of course, the evidence is circumstantial, but Baron Ribbing seemed to be a good candidate. He was the son of the baroness who Augusta had boarded with when she studied in Stockholm.  He was born in 1817 at Stäringe in Södermanland.  When Baron Axel invited Augusta to see The Barber of Seville, it was Baroness Ribbing who fetched Augusta in her hired carriage. It all made sense. But was there more evidence?

Augusta was a good friend of André Oscar Wallenberg who later in life would found Stockholm’s first private bank and the Wallenberg business empire. Wallenberg would visit Augusta’s home, Loddby, and they kept up their friendship by correspondence. In one of her letters to Wallenberg, she mentions Little Baron Ribbing:

For Your last, rather interesting letter, I heartily thank you and should have answered you a long time ago if it had not been for the thousands of obstacles that came in the way and delayed my decision to send you a few lines and heartfelt greetings from your friends at Bråviken.

But I am forgetting that I have a visitor. I have placed Little Baron Ribbing in an open {?} and I must fulfill my duties as a hostess. Lejdenfrost sends his regards and we all ask You to soon be welcomed to Loddby,

Baron Axel has been our guest for a longer period of time and notwithstanding he has quite small pretensions in terms of entertainment and is overall not a difficult guest, I still felt an indescribable relief over no longer having to keep company when he returned with [the steamer] Blixten to Stockholm. (Augusta’s Diary: Loddby, 5 October 1850) 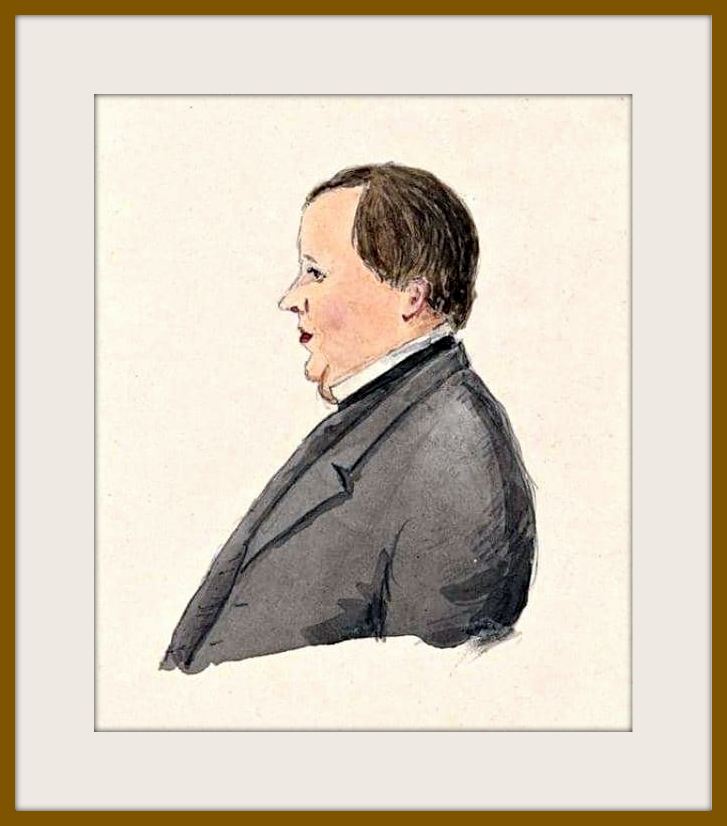 What Happened to Baron Axel Ribbing?

Well, he didn’t marry Augusta. In fact, he didn’t marry at all.  He worked as a bookkeeper and auditor at the Royal Defense Department (Kongl. Landtförsvars-Departementet).  In 1870, he lived with his siblings at Clara Norra Kyrkogata 5 in Stockholm – right across from what is now Åhlens department store. 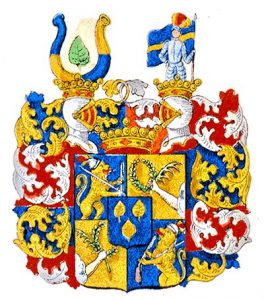