Last week, Kerstin shared the travel diary of 10-year old Ernst Salomon. In the summer of 1841, Ernst and his family were visiting Särö, a fashionable spa on the Swedish west coast. In his diary, he describes the activities at the spa. Besides the bathing, they went for walks, picked seashells, and went horseback riding. In the evenings, the guests took turns hosting dinners and entertainment. There was usually a program of music and singing or dancing. They also played parlor games. One of those was Tableau Vivant. This was a common parlor game in the 1800s and is described in several diaries and letters from this time.

Tableau Vivant was something like Charades. In Charades, a person will silently act out a word for the other persons to guess. In Tableau Vivant, the actor/actors will stage a scene from a play or a book or a poem or of a famous painting. The audience then has to figure out what the scene depicts.

Rosalie Roos, who was born in Sweden in 1823 and traveled to the USA in 1851 to become a governess, describes in her memoir how she introduced this game to the family she worked for and how much fun they had in searching for costumes and props to create the tableaux vivants.

The Tableau Vivant at Särö in 1841

Back to Ernst Salomon and his diary. On the 5th of August, Ernst wrote:

“Beautiful weather. In the evening, Baroness Berzelius, Mrs. Edholm, and Countess Virsén hosted le goûter (the tasting; dinner). Between the dances, 6 tableaux vivants were performed that were pretty successful. They were:

The 6th one featured spiritual singing behind the curtains.”

First, I was amazed at the choices for this quiz-type game. If you belonged to the class who visited this spa, these were the authors and painters you were supposed to be familiar with. And even 10-year-old Ernst thought the game was a success.

I decided to find the images that they were supposed to stage. Here it goes:

1. A Scene from Lalla Rookh

Lalla Rookh was a very long poem written by Thomas Moore in 1817. It was a romantic, orientalist tale about a Mughal princess. The poem was very popular in the early 1800s. 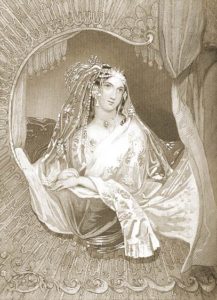 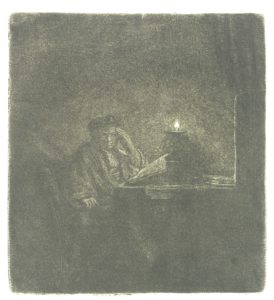 Student at a Table by Candlelight. Rembrandt, 1642.

Let’s skip this one to the last.

David Teniers the Younger painted a lot of fortune-teller scenes, but they were all similar. 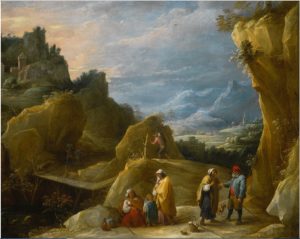 4. A Scene from The Pirate by Walter Scott

Walter Scott wrote The Pirate in 1822. It was translated to Swedish in 1827. I should probably add it to my reading list. 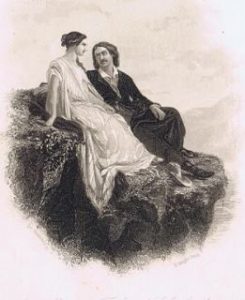 The Pirate. Illustration from the 1879 edition. 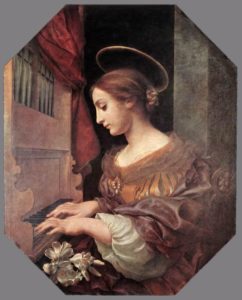 Olof Södermark was a fantastic Swedish portrait painter. He had painted members of the royal family, and he was in high demand by the Swedish elite. He had also studied with the premier portraiture painter in Europe, Franz Xaver Winterhalter. In the fall of 1841, he would return to Sweden from Rome and settle down to do portraits. Within the next two years (1842-1843), he would actually paint the husbands of two of the women who had hosted the dinner and the tableau vivant. Baroness Berzelius’s husband was the famous chemist, Jöns Jacob Berzelius and Mrs. Edholm’s husband was Erik af Edholm, the king’s private doctor.

But did Södermark also paint landscapes and other genres? The problem with Södermark is that only a few of his paintings are in museums or other public places – portraits like those of the royal family or of famous people like Jenny Lind. To find his other works, one has to look for what has been sold at auctions.

The only “landscape” painting I have found is Fishing on the Pier (Swedish: Fiske på bryggan), painted in 1838.  I would love to learn about the history of this painting. Who are the people in the painting? 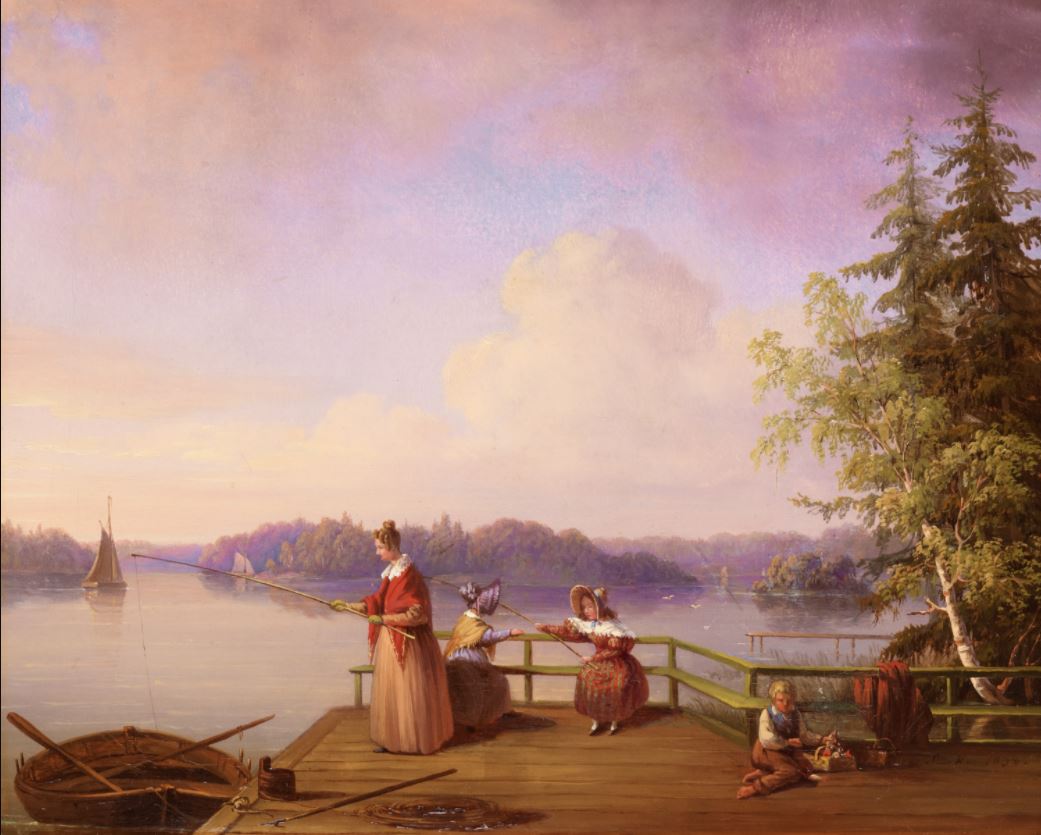 Fishing on the Pier. Painting by Olof Södermark 1838

I am sure he also painted “A Pastoral Concert”, but how would I search for it? Google is of no help. I decide to search for Södermark in Swedish newspapers between 1832 and 1838. Maybe someone would have written about the painting?

Bingo! A journalist (Orvar Odd) at Aftonbladet wrote about the paintings exhibited at the Salon of The Royal Swedish Academy of Fine Arts in 1838. Södermark had 3 paintings accepted.

“Mr. Södermark is exhibiting 3 paintings; two portraits and a genre painting showing three children, the oldest being a girl playing the mandolin, the next one playing castanets, and the youngest, a boy with curly hair, using all his strength blowing into a bagpipe. It is a charming piece, this last one. The shapes and the colors are so southern European and opulent, full and glowing, it’s alive, it’s vibrant! Mr. S. undoubtedly possesses, to a greater degree than any of our other painters in his genre, the art of making his characters come alive.”

This has to be “A Pastoral Concert” and as he painted it in Rome, the scene is probably from Italy. I do wish I could still find an image of the painting. I did find another small painting he did in Rome – a sweet painting of two Italian girls. 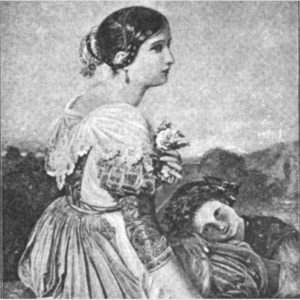 Going back to the Tableaux Vivants, I wish someone could have described how they staged these six scenes. Maybe they were common scenes for this form of entertainment – pretty easy to stage: An exotic princess, a student with a candle, 3 children playing some instruments, a fortune-teller, a pirate, and a saint. I wonder what paintings or books or films we would pick today for this game?

One response to “Tableau Vivant and Olof Södermark”