Augusta and her Confirmation Class of 1844

Augusta and her Confirmation Class of 1844

When I first found Augusta’s confirmation record in St Jacob’s parish, I realized that the pastor had ranked the girls based on their fathers’ status (title, name, and profession). In all other parishes in Stockholm, the pupils were listed alphabetically (St Clara’s parish) or simply in the order they entered the confirmation class.

The pastor in St Jacob’s parish in 1844 was Abraham Zakarias Pettersson. Ebba Ramsey (born Karström) describes Pastor Petterson in her autobiography. She was listed as number 11 in the confirmation class the following year, 1845.

We went at this time to St. Jacob, where Dr. Abraham Zakarias Pettersson was then pastor. This winter was unforgettable for me because almost all my close friends would be confirmed at the same time but in different parishes. Dr. Pettersson had an unusual ability to talk to young people. He didn’t dryly keep to the text, and his explanations were profound. As my foundation in Christianity was good, I often had to answer for the others.
(Source: Ebba Ramsey. Om flydda tider: ur en gammal dagbok. Jönköping 1905) 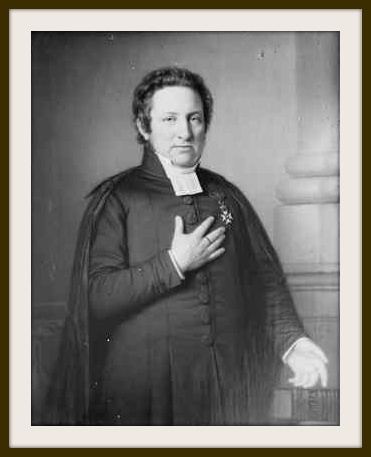 Augusta was ranked as number 10 of the 92 girls in 1844. It made me curious. Who were the top 20 girls in the class? What were their family backgrounds and what happened to them later in life?

What this small microhistory study highlighted was the challenges that even women from wealthy or well-connected families faced:

Below is the list of the 20 girls. For the girls who got married, I have included the husband’s family name in parenthesis. Click on the hyperlinks to read more about each girl.

Lotten came from Växjö where her father, a Count, was the provincial governor. She never married and was endearingly known for an expensive teacup she owned.

Hilda’s father was a Supreme Court justice. He died in the cholera epidemic of 1834. Hilda never married and received a pension because of her nobility.

Oscara’s father was a justice of the Supreme Administrative Court (Regeringsråd). She married a merchant, lived by Kungsträdgården in Stockholm, and had her portrait painted.

Letty’s father was the director of the Royal Theatre. She married a merchant in Gävle who went bankrupt. They then moved to Stockholm and raised 4 kids.

Elisabeth belonged to a wealthy merchant family. She was beautiful and favored at the balls. She and her husband purchased Stjernsund Castle from the royal family where they raised 5 sons.

Sofia’s father was very wealthy and owned Görväln outside Stockholm. Her husband became the Minister of Justice and they had several children.

Emma’s father had founded an institute for gymnastics and was a professor. She married a nobleman who owned a glassworks in Piteå in northern Sweden. She became a widow at 26 and raised their only daughter.

Georgina’s father was an aristocrat who, after retiring as an officer, bought a farm outside Stockholm. Georgina got pregnant and then married the 13-year-older man. She had 3 surviving children before dying at age 29, presumably from TB.

Cecilia was from Vågsäter north of Uddevalla on the Swedish west coast. Her father was a major in the navy. She died from measles at the age of 18.

Augusta was our great-great-grandmother. She married Adolf Nordvall, a doctor of philosophy- They had one daughter. Augusta died from TB at the age of 28.

Selma’s father was a wholesale merchant. Selma married her cousin who later became a justice of the Swedish Supreme Court. They lived at Hamngatan close to Blanch’s Café.

Augusta’s father owned some ironworks, but he also squandered his wife’s inheritance. Eventually, Augusta’s parents separated and Augusta and her siblings were taken care of by their mother and her sister, Netta Dimander. Augusta never married.

Augusta’s father was a wealthy brewer. There is a beautiful portrait in oil of Augusta playing the piano. She married and had 6 daughters, the youngest became a famous pianist and started a music institute in Stockholm

Sophia Augusta’s father was considered to be the best bassoonist ever in Sweden and he became the director of the military corps of music. Sophia Augusta’s mother was the daughter of Sweden’s most famous clarinet player and composer, Bernhard Crusell. Sophia Augusta died from gastric fever at age 19.

Therese’s father was a wholesale merchant. Theresa had 8 siblings and they lived in the Old Town. Her mother died in the cholera epidemic of 1834. Therese was a governess in the Malmborg family at Lilla Wåxnäs by Karlstad between 1844 and 1847. She moved back to Stockholm but left no traces of the rest of her life.

Sofi’s was an orphan but her father had been a pastor, first in St Jacob’s church in Stockholm, and then in Brunskog in western Sweden. She married Herrman Osbeck, an entrepreneur who started a “railyard service”. When he died, she took over the business and had the title “Manager of City Porters”

Emma’s father was Norwegian and served as the Royal Secretary for Norwegian affairs in Stockholm. Emma married and 3 children. She then divorced her husband. She died from pneumonia at the age of 35.

Hedda’s father was a counsel at the Department of Commerce. Hedda was born out of wedlock and in secrecy. Her mother was her father’s maid and Hedda was raised somewhere else until she was 6 years old. Hedda married and had one son.

In Virginia’s birth certificate, her parents were listed as “not reported”. The reason was that her mother was Sophie Daguin, a famous ballerina at the Royal Theatre. Virginia never married but supported herself as a foreign language teacher. 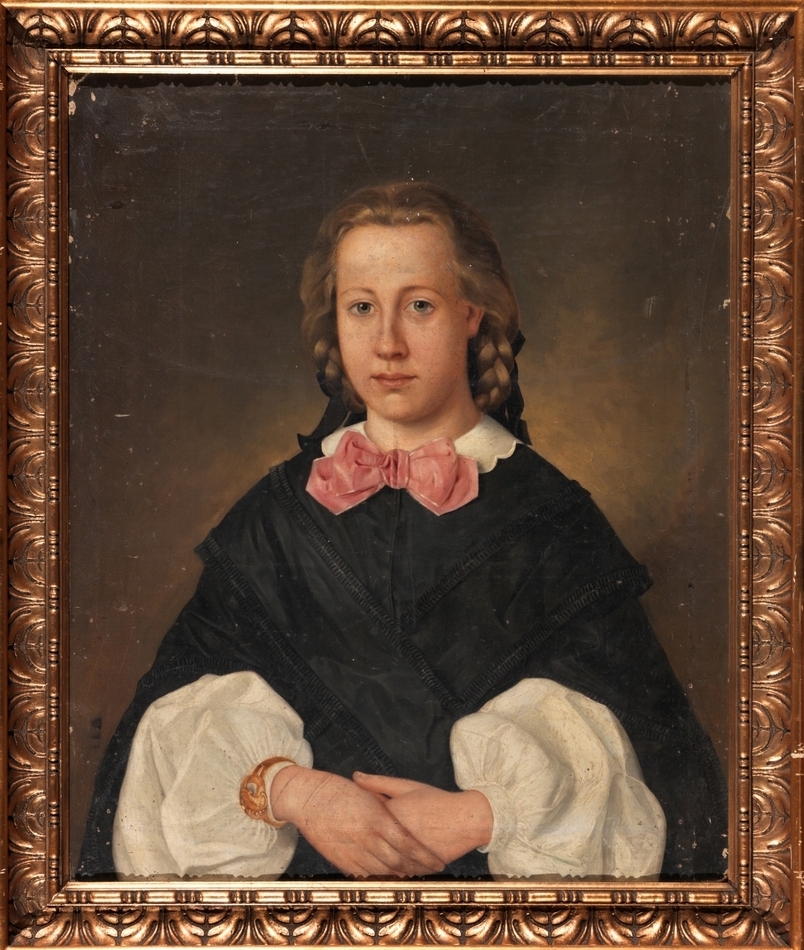 One response to “Augusta and her Confirmation Class of 1844”