Cecilia was only 18 years old when she died from measles. Two years earlier, she had lived and studied in Stockholm. Like so many girls her age, she owned a memory album, filled with greetings from her family and friends. When she left Stockholm in the summer of 1844, to return home to Vågsäter, many of her friends wrote poems or made drawings for her to put in her album.

In Cecilia’s memory album, there are 30 loose-leaf pages with greetings – some are signed by first and last name, others by first name only, a few are signed by initials, and finally, some are not signed at all.

The first poem I will share is one that is not signed. 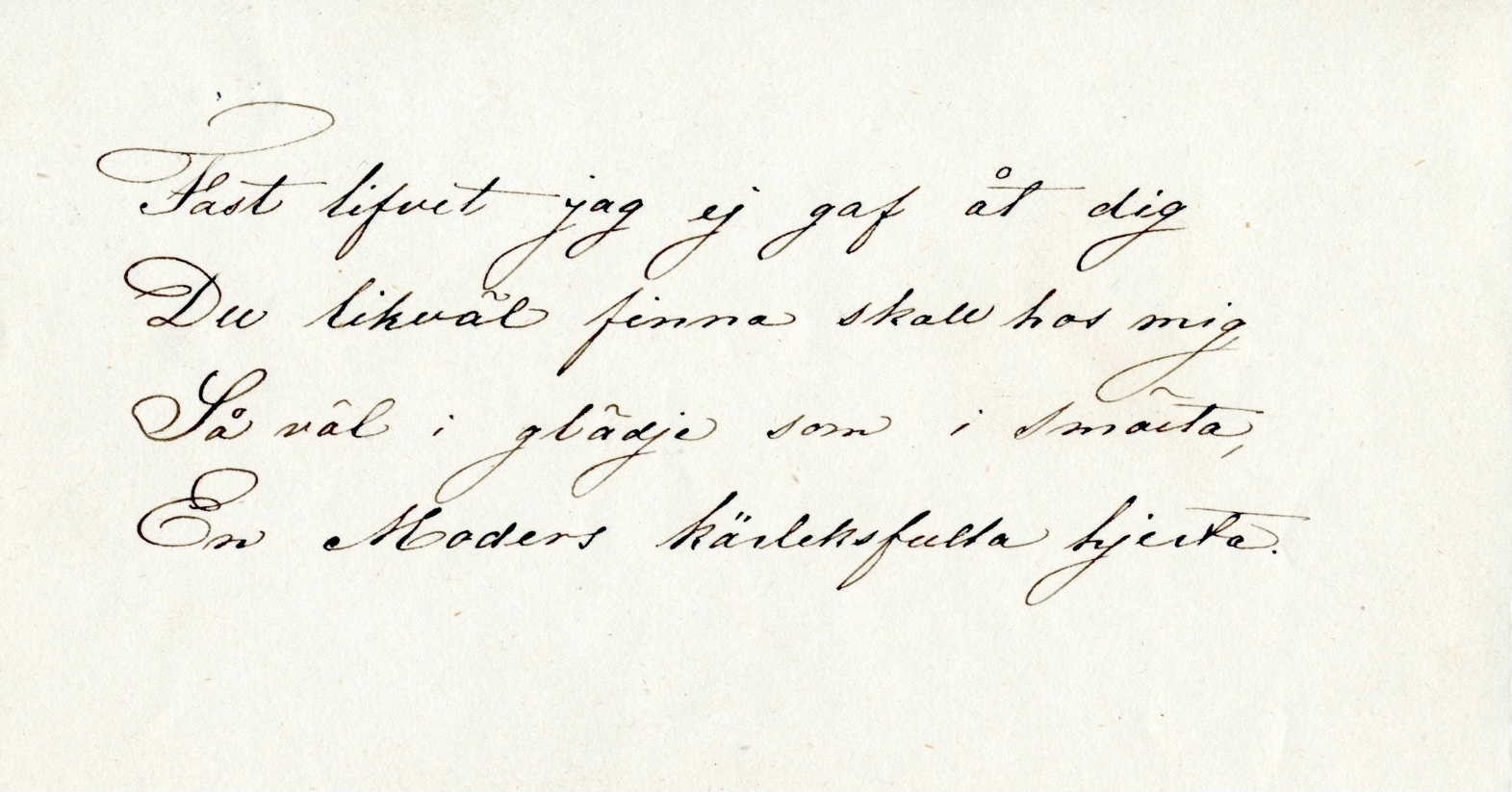 Translating poetry is difficult. However, the essence of the poem is as follows:

Although I did not bring you to this world
I still want you to know
That in joy, as well as in pain
You will find a Mother’s loving heart

Cecilia would of course know who wrote the poem so there would be no reason for the card to be signed. 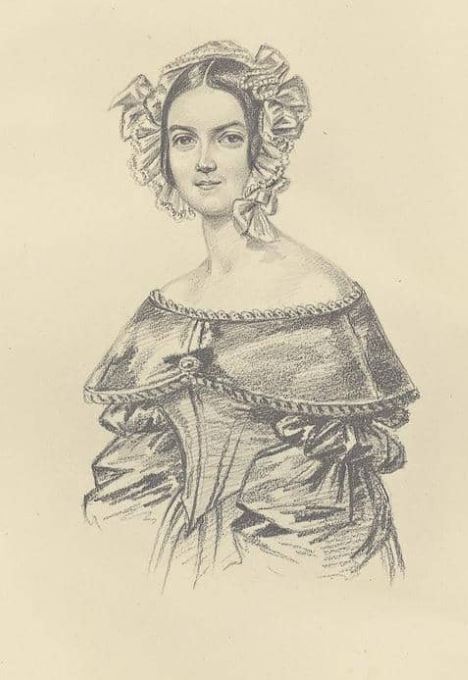 In addition to not being signed, the card is also not dated. One can always speculate that Cecilia received the beautiful memory album from her stepmother and that this was her first memory card.

Cecilia Koch was born on February 14, 1828, to Michael Koch (1792-1869) and his first wife, Johanna Amalia Fröding (1801-1830). Cecilia’s mother died in childbirth in 1830, leaving her husband with 2-year-old Cecilia, a 1-year-old son, and a newborn baby. As was common practice, Cecilia’s father remarried. He and his second wife, Emma Wilhelmina Iggeström (1809-1891), had 4 daughters and a son. The children Koch (those who survived to adulthood) had interesting lives and married well.