In Cecilia’s memory album, there is an image of a few small violets or pansies. Today, on Valentine’s Day, it would make a perfect card. 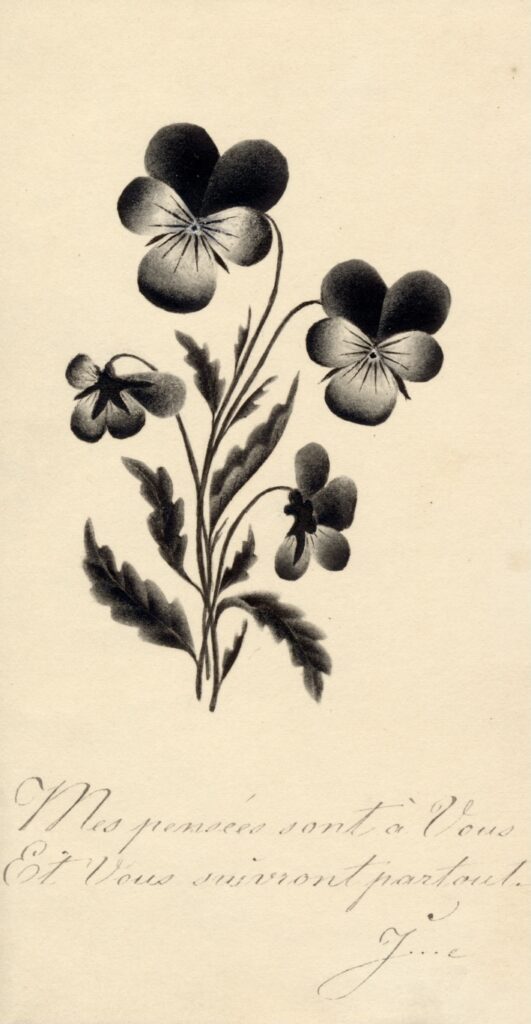 Below the image of the pansies is a handwritten message in French:

(My thoughts are with you
And will follow you everywhere)

The image illustrates the poem, as the name of the flower (Pansy) is derived from the French name, Pensée, which means “thought”.

The friend who gave Cecilia this card didn’t want to sign her name but only gave a clue: J…e

The most common name in the 1840s that started with J and ended with e was Josefine. But other rather common names with French spelling were Jaquette and Julie.

A likely candidate is Jaquette Rütterskjöld. Her sister Augusta also wrote a short poem in French and gave to Cecilia.  Jaquette was also Cecilia’s friend. They both attended Edgren’s school.

But of course, only Cecilia would have known who wrote the endearing text.

More about Jaquette’s family can be found at the following links: