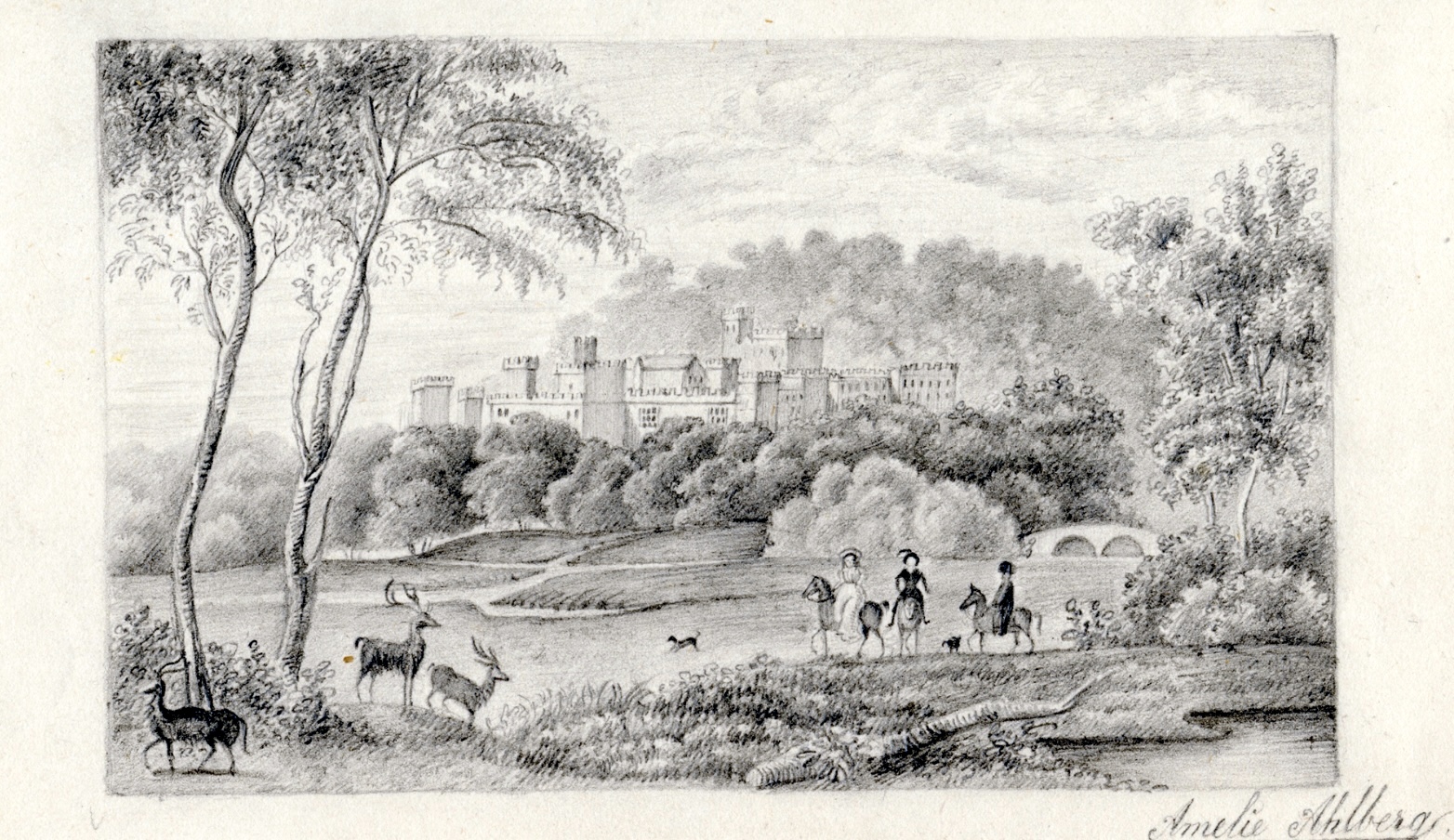 Amelie Ahlberg made a drawing for Cecilia. I have now learned that these pencil drawings were not original creations but copies of prints. Drawing was a subject in Edgren’s school and copying prints might have been part of the curriculum.

I uploaded Amelie’s painting in Google Lens and it was an instant hit. The original print of Haddon Hall in Derbyshire, England, was drawn and engraved by Jandes Baylin Allen (1803-1876). The print was published in The Ladies’ Cabinet of Fashion, Music and Romance, Volume V, 1841. 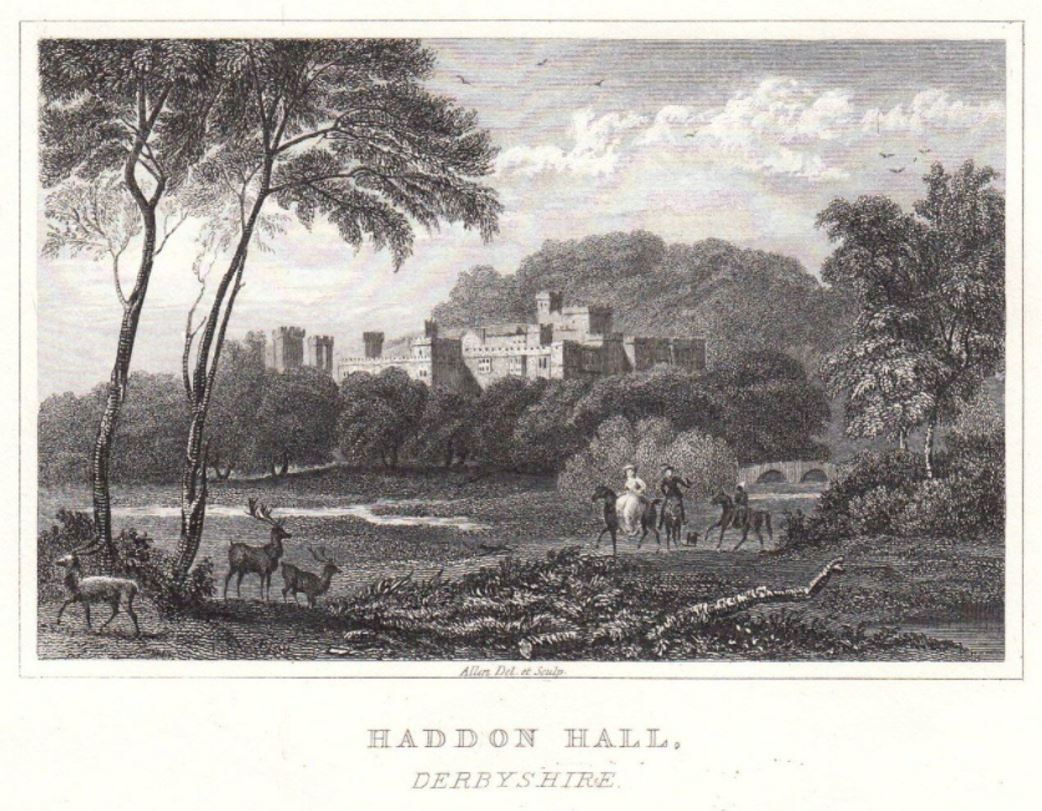 Amelie’s drawing is a fantastic copy of the original. One has to really scrutinize the drawing and the print to find differences (such as Amelie forgetting to draw the birds in the sky). Amelie must have been interested in art at an early age and maybe encouraged to draw. She has a Wikipedia page where she is described as a Swedish drawing artist.

Amalia Lovisa Augusta (Amelie) Ahlberg was born on June 29, 1830. Her father was Johan Daniel Ahlberg, a physician at the royal court (Swedish: kunglig livmedicus) and also the chief medical officer (förste stadsläkare) in Stockholm. Amelie’s mother was Louise Henriette Moll. They had 6 children:

Louise Henriette Ahlberg (in 1838) with her three oldest daughters (in 1852): Charlotte (Lotten), Amelie, and Eugenie. Drawings by Maria Röhl.

In 1845, the family lived at Stora Vattugränd 13 (they were the owners of the house), right across the street from Edgren’s school. One can therefore speculate that at least the 2 oldest girls, Charlotta and Amelie, attended Edgren’s school with Cecilia.  And if they did, did Amelie’s sister Charlotta also provide a greeting for Cecilia?

There is a drawing, similar to Amelie’s, that is signed: Charlotte. It might likely be drawn by Charlotte Ahlberg (so she will get her own blog post).

In 1854, Amelie married Henry Rumsey Tottie, a wholesale merchant who was born in London. His father was also a merchant besides being the Swedish Consul General in London. Amelie and Henry settled in Stockholm and raised 5 sons.

The fact that Amelie has a Wikipedia page and is a documented artist means that she continued to draw throughout her life. The drawing she made for Cecilia when she was 14 years old is, therefore, a real treasure. I wonder if any other drawings by her have survived.