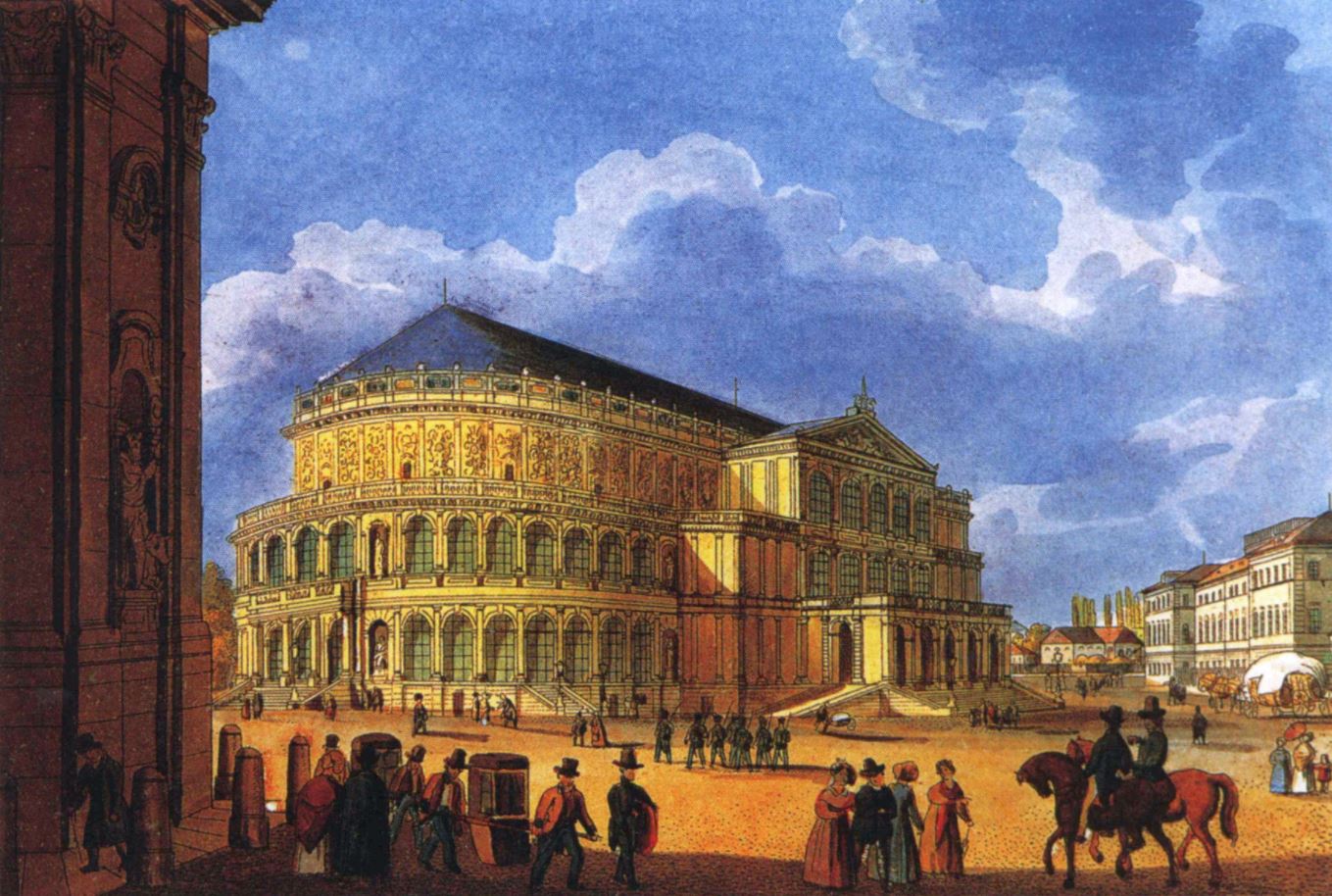 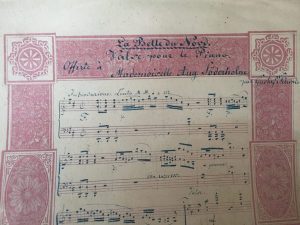 Augusta had a deep interest in music and she had a good voice. She even had a waltz dedicated to her: “La Belle du Nord – Valse pour le Piano. Offerte à Mademoiselle Augusta Söderholm par Gustav Eklund.”

Augusta took singing lessons from one of Stockholm’s famous opera singers, Mr. Isidor Dannström. He was already famous in the 1840’s along with Jenny Lind. So when Augusta and her mother traveled through Germany in 1847, they made sure to visit the opera in both Berlin and Dresden.

The opera in Dresden was designed by architect Gottfried Semper. When Augusta visited the magnificent opera house – the Semperoper – it was new, having opened in 1841.

In the evening we went to the Opera where the walls are blue and white with gold. The cushions and chairs are covered with red velvet. Irresistibly, however, one’s gaze is drawn to the circular, white ceiling which is adorned with golden arabesques and four oval medallions depicting in allegorical figures – the music, the tragedy, the comedy, and the arts – painted in the clearest of colors. Between them, four smaller medallions appear which represent Goethe’s, Schiller’s, Mozart’s, and Beethoven’s portraits. A tasteful lamp with 96 gas flames throw their rays over this masterpiece. The curtain is made of red velvet with golden fringes and it hangs with beautiful folds. The foyer is semicircular, from which glass doors lead into the loges. The walls in this foyer are white lacquered and the only ornaments are rich, bronze candelabra which are surrounded by milk-white glass. By the windows are placed elegant couches with large mirrors above which are niches with busts of Weber, Mozart, and Lessing. 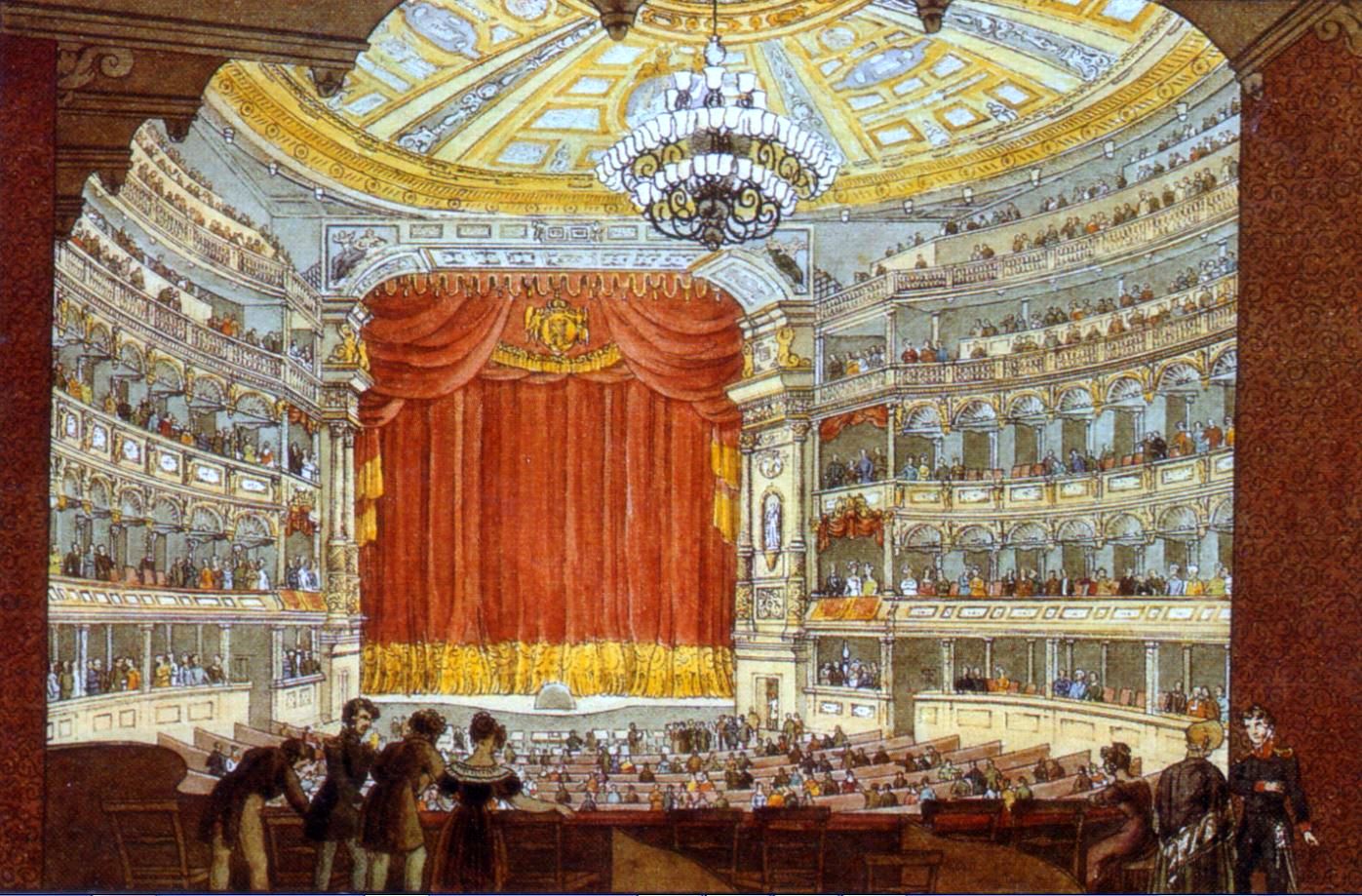 Unfortunately, the opera house was destroyed by fire in 1869. It was rebuilt and opened again in 1878. The Semperoper was again destroyed during the bombing of Dresden in 1945, and again rebuilt in 1985.

On the 4th of  October, we are delighted to have tickets to the Semperoper – we will be thinking of Augusta!