I was probably standing right on the spot … 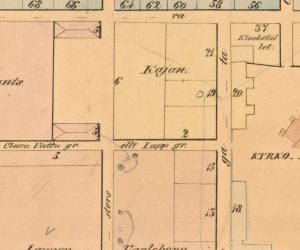 My plan for today was to go Christmas shopping in Stockholm. Getting off the commuter train at the Central Station, I followed the crowd of early commuters through the hallways that lead to the subway escalators. But instead of going down another floor, I took the elevator up to the new station exit at Klarabergsgatan. I was met by the low, bright December sun blinding […]