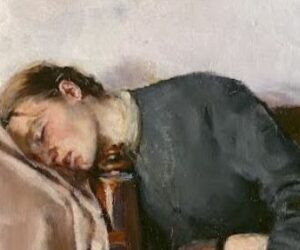 Cecilia Koch was ranked 7 out of the 92 girls who were confirmed with Augusta in St Jacob’s parish in Stockholm in May of 1844. Two months earlier, Augusta had received a letter from her mother Anna. Augusta had been attending Mrs. Edgren’s school and boarding with the family Edgren, but now the Edgrens were moving to Morup on the Swedish west coast. Augusta and […]