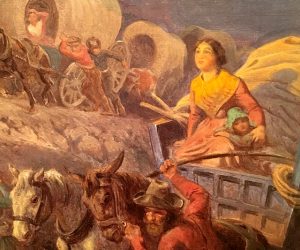 I just got my new Nebraska license plates for my car. They celebrate the 150th anniversary of Nebraska becoming a state in 1867. When Augusta set off on her European journey in 1847, Nebraska was not even a formal territory. So when did the large Swedish migration to the US start? Who were the first families to settle in the heartland? I had hoped to […]