Rosalie Emelie Augusta Söderholm, our great-great-grandmother whose writings were our inspiration for Augusta’s Journey, was ranked 10 out of the 92 girls who were confirmed in St Jacob’s parish in May of 1844.

If you have followed Augusta’s Journey, you probably already know Augusta. But if you are new to our project, here are a few lines about Augusta Söderholm.

Augusta was born in Slaka parish outside Linköping in 1827. She was the youngest child of Anna Catharina and Johan Petter Söderholm. When her father died in 1835, Augusta’s brother-in-law, Gustaf Lejdenfrost, took care of the family at his estate, Loddby, outside Norrköping. 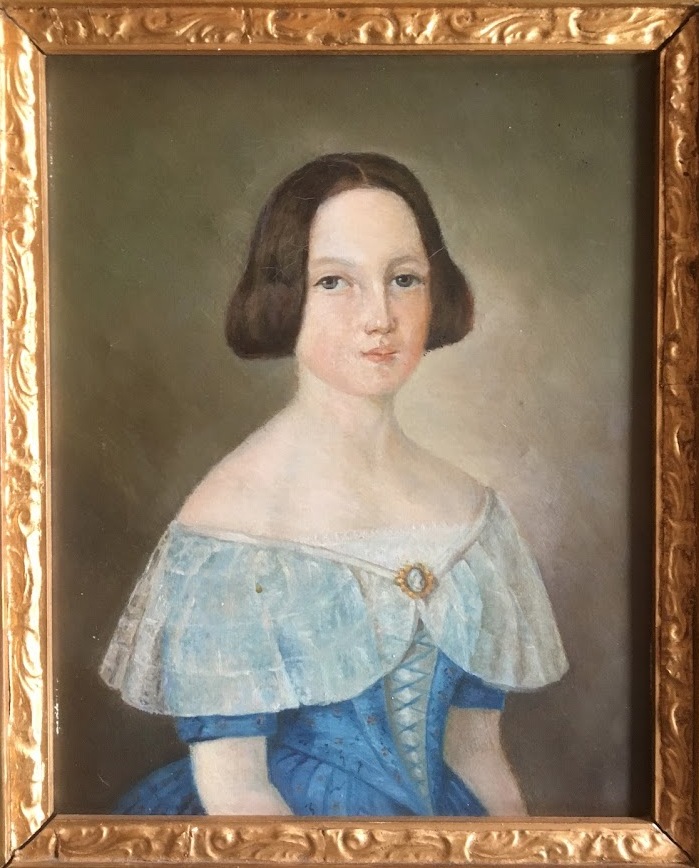 In the fall of 1841, 14-year-old Augusta was sent to Stockholm to get a first-class education. She would learn French, German, and some English, and she would meet families in high society. Augusta moved in with the Edgren family who ran a private boarding school in St Klara’s parish in Stockholm.

In 1844, Augusta also had to study for her upcoming confirmation. She was living in St Klara’s parish but we know that she was confirmed in another parish in Stockholm – St Jacob’s parish. Why?

Augusta’s close friend, Cecilia Koch, had also come to Stockholm to study. Both were confirmed in St Jacob’s parish. Was it a joint decision? Did they choose St Jacob’s parish because it was led by Pastor Abraham Zacharias Pettersson, a well-liked and respected pastor? Or did their parents’ have a personal connection with Pastor Pettersson? Or did the families with the highest status in Stockholm live in St Jacob’s parish? What seemed to be unique for this parish was that the pastor listed the children according to their perceived status. So for girls like Augusta and Cecilia, who were sent to Stockholm as teenagers to get educated and making their debut in society, this was probably the parish with the “right” families.

Augusta continued to study in Stockholm for one more year, now in a school run by Miss Andriette Frigel. During this year, she boarded with the family of Baroness Jaquette Ribbing.

After having studied in Stockholm, Augusta returned to her country home at Loddby and kept in touch with her friends in Stockholm. In the summer of 1847, she and her mother made the memorable journey through Germany down to Prague which she chronicled in her diary. After their return, she continued to write in her diary about how lonely she was at Loddby.

But in January of 1849, she returned to Stockholm to spend the social season going to balls, theatres, and concerts. She was 22 years old and she wrote in her diary about her suitors and her exciting and carefree life.

Then in July, she was back home at her “calm, quiet home.” Her brother had contracted tuberculosis and by the end of the year, Augusta was bedridden and coughing. For the rest of her life, she struggled with the disease. But she found love, a man who appreciated her intellect and who didn’t mind debates. Adolf Leonard Nordvall was a doctor of philosophy who also wrote wonderful love letters. They married in 1853 and had a daughter (our great-grandmother) in 1854. Their happiness didn’t last long – Augusta died a year later at the age of 28.

One response to “10. Rosalie Emelie Augusta Söderholm – Our great-great-grandmother”