Musings on a ball

Musings on a ball

Last Friday, I accompanied the Theodors to a dance soirée at The Bourse. It was pretty animated and, in the words of the Ribbings, it was “la crème de la socialite” who from the gallery looked down on the dancing youth – a colorful crowd of blue, white, red, and yellow ball gowns with matching flower garlands under which one often saw a beautiful face.

Men of la beau monde, with and without uniforms, swarmed around in the richly illuminated, beautiful hall where joy seemed to be the evening’s heavenly patron. It was thus, as it is called in Stockholm, “a beautiful ball”, but God knows that I did feel a sense of regret when recalling memories from six years ago and saw myself – with a completely different feeling of joy – flying around the hall in a lively Strauss waltz. At that time, in a moment of happiness, I forgot everything around me. In this moment, on the contrary, I felt both hot and tired. At that time, I was close to despair when the final notes of the last dance died away. At this time, I was quite pleased when I finally sat in the covered sleigh on my way home. 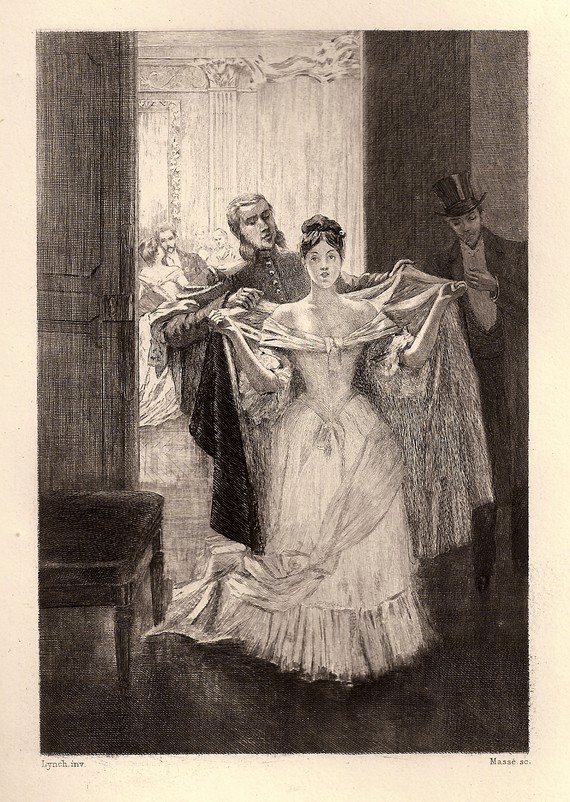 The poetic rosy light in which I had experienced the goddess of dance had disappeared, and the interesting light in which I had viewed the male courtiers and dancers was, unhelpfully, gone and everything was surrounded by the prosaic reality that, with few exceptions, showed me the flattering men as a mindless and thoughtless crowd, who, like parrots, repeated these flashy, shallow, meaningless lines, which sound pretty good to a seventeen-year-old’s ears, but later sound stupid and meaningless. I danced every dance, was asked to dance even more, talked a lot of meaningless nonsense, heard even more of it, and eventually became tired of all of it.