In need of a hatbox

In need of a hatbox 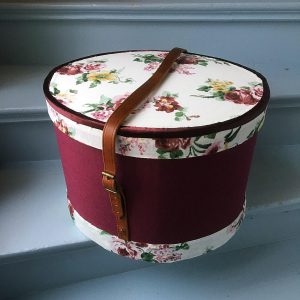 I have been in need of a hatbox ever since I successfully constructed a bonnet. Kerstin already has two hat boxes – one that she made from a round IKEA gift box and one that she received from a good friend. And of course I really wanted to make one too.

This week we visited my cousin and talked about Augusta’s Journey and of obtaining material for making an 1850s wardrobe. We have been getting most of that (lace, fabric, etc) from thrift store curtains and table clothes. Relatives have also given us boxes of lace and turn-of-the-century night gowns. We are so excited about getting everything made for our Göta Canal cruise at the end of May.

“I think I have a hatbox in the basement”, said my cousin, “it doesn’t look very nice but if you can use it, you can have it.”

The hatbox was indeed interesting with shipping information and stamps on it. The box was shipped in 1931 from Hartley & Boedeker Ltd Manufacturers in Manchester, England to Hadar Carlsson’s hat store in Köping, Sweden. 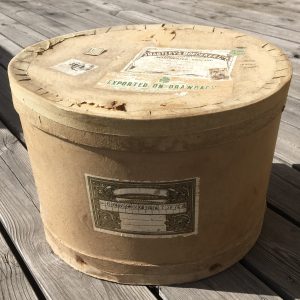 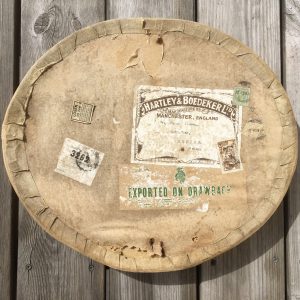 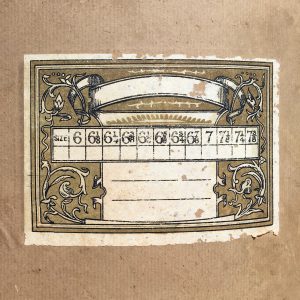 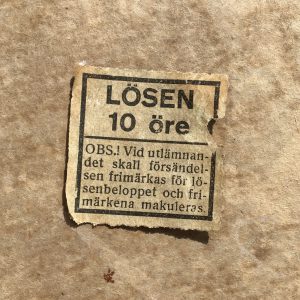 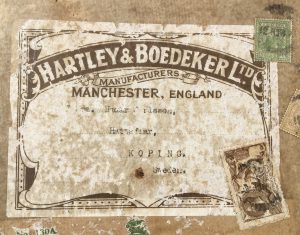 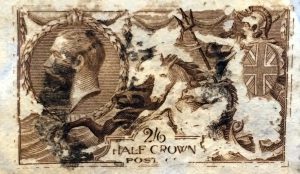 The postage consisted of 3 stamps with George V image and a Swedish stamp asking for an additional 10 öre as the postage had not been enough for the shipment. So before I did anything to this hatbox, I saved the labels and stamps.

Then the fun began. First, I had to make a new lid as the original one was not in the greatest shape. That was done using cardboard and glue. 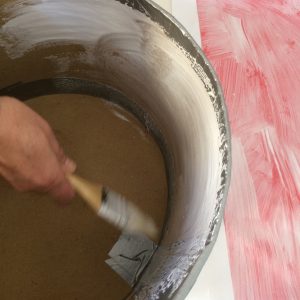 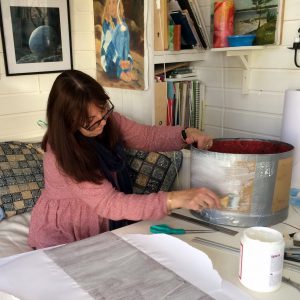 For coverage, Kerstin suggested that we use fabric for bookbinding to cover the outside and nice bookbinding paper from Washington DC for the interior. To cover the lid, I used a remnant piece of IKEA furniture fabric.

Last but not least, I used an old leather belt to hold the lid in place.

2 responses to “In need of a hatbox”