Having left Stockholm, we were now cruising on Lake Mälaren and taking a little detour to view Drottningholm, the UNESCO world heritage site and home of the royal family.

From there, we passed the island of Ekerö where Augusta spent a memorable Saturday in June, 1851 with three famous Swedish politicians and leaders: Gustaf Lallerstedt, A. Oscar Wallenberg, and August Sohlman.

“The Saturday after my arrival we were invited by Lallerstedt to his property, Stafsund. At 8 o’clock in the morning, we traveled by the steamboat Westmanland, whose captain was a heartily nice fellow. In the middle of Mälaren, we were met by, and transferred to, another boat.

The day was cloudy, but the weather in general was impeccable.

The corps de logis at Stafsund is made of stone, built during the time of Charles XII. The innumerable rooms are dark and gloomy and furnished in an unpleasant, old-fashioned way.

The surroundings are indescribably beautiful and offer the most diverse views of Mälaren. It is all so beautiful; we spent a rather enjoyable day outdoors and were treated to a grand dinner consisting of six dishes of food and a variety of wines. In the evening, when we were to return to Stockholm by steamboat, we were late and had to ride in a hay wagon back to Kungsholmen. With us were Wallenberg and a Master Sohlman, who is a member of Bore and who was unreasonably enthusiastic regarding Denmark, where he had joined the Danes in their fight [against the German separatists in the war of 1848].”

Back to Juno. We were now heading towards Södertälje, where we would enter the largest lock in all of the Nordic countries. This lock would lead us back to the Baltic Sea. The first lock was built here between 1806 and 1809, enabling ships from Lake Mälaren to reach the Baltic Sea through this route.

The next stop, and first excursion, was in the little town of Trosa. 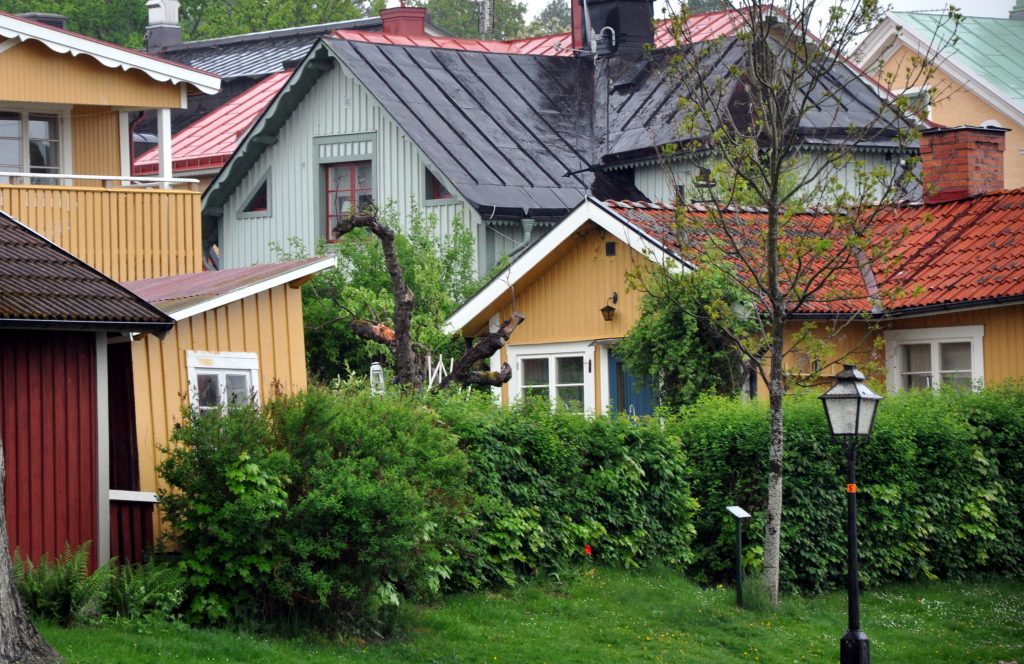 Unfortunately, it had started to rain. Instead of parasols, Kerstin and I dug out umbrellas from our carpet bags and braved the ever increasing rain. But, of course, we had to experience walking in rain in our long dresses and silk bonnets! The little, old, wood houses lining the canal through Trosa makes for a picturesque walk and we convinced ourselves that this kind of weather was great for photography. It was not great for our fabric shoes and neither for the hems of our dresses. 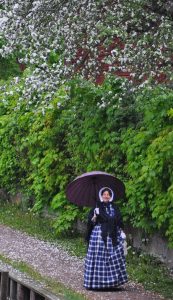 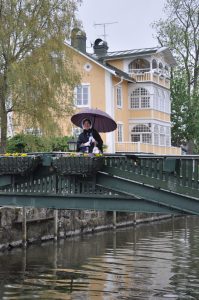 Walking in the rain 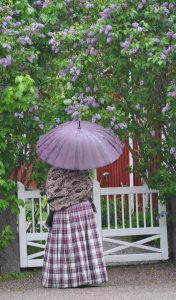 We certainly made sure not to be late getting back to Juno (didn’t want to risk having to ride in a hay wagon to Juno’s next stop).

Back again on Juno, we had to change into the next set of dresses we had brought, and hung all the wet clothes to dry in our little cabin. As it was time for dinner, we just followed the advice: “Tradition has it that the guests change to something a bit more elegant for dinner.” The dinner, by the way, was in line with Augusta’s description – it was grand!

After dinner, the rain subsided and the clouds were dissipating. Now the cruise was taking us through the archipelago south of Trosa, stunning with sparse vegetation and smooth cliffs illuminated by the setting sun. In contrast, the hazy lights of the industrial buildings in Oxelösund – discernible in the distance – painted a surreal picture. 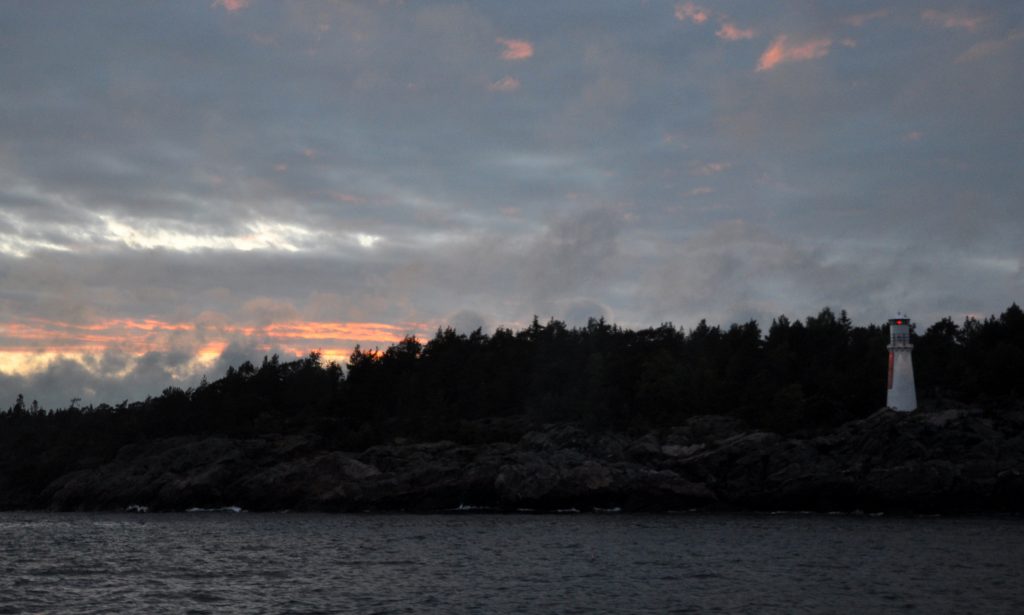 And soon, it was dark; sea and sky were merging into a dark blue color. Time for bed. We got our bunk beds ready but left the cabin door ajar so we could still see the dark blue sky between our swaying, wet dresses. 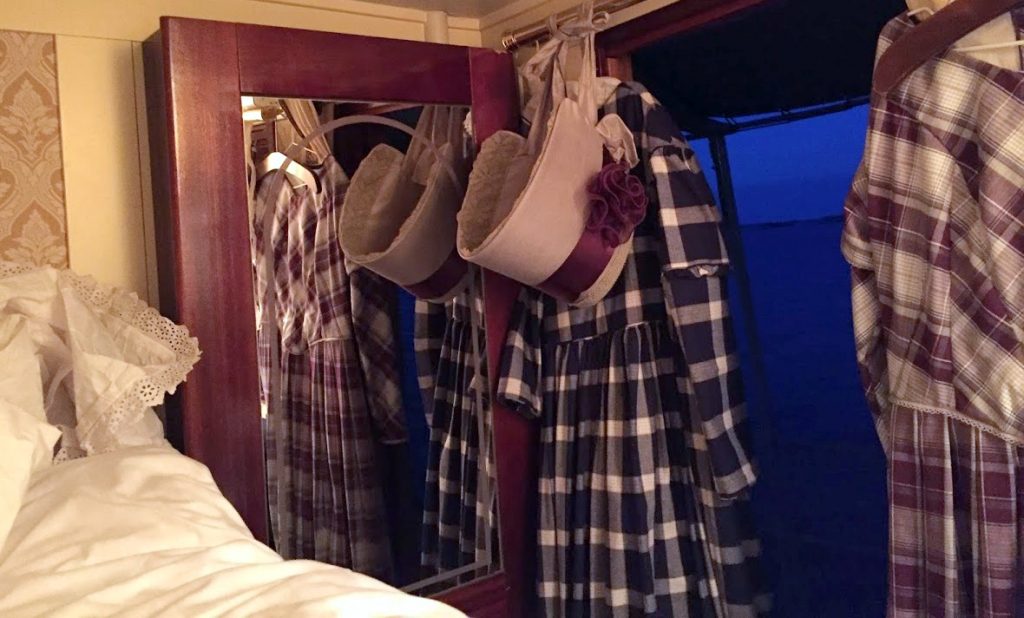 Day 1 had been spectacular!