AP Rehder and his daughter Mathilde

AP Rehder and his daughter Mathilde 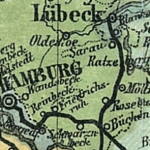 At this time last year, Kerstin and I hatched the idea of making the same trip through Germany that our great-great-grandmother Augusta had made in 1847, and which she described in her diary. We thought it would be an interesting vacation trip. Then we realized that we needed to find out more about Augusta and her life in Sweden in the mid-1800s. We also wanted to share what we found, and we named the project Augusta’s Journey. And what a fun journey it has been!

Where has Augusta’s Journey taken us this last year?

Over the last year, Augusta’s Journey has evolved into a multifaceted research project – there are just so many topics that are interesting. In addition, we decided to make clothes that Augusta would have worn, and travel by similar means, following her travels described in her diary. And yes, she didn’t only travel to Germany, but made many trips throughout Sweden. 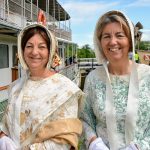 The highlight so far was our journey on Göta Canal where we, dressed in 1850s clothing, spent 4 days on M/S Juno, the world’s oldest registered cruise ship, making the same journey that Augusta described in her diary.

But the most positive outcome of our journey has been the new friends we have made over the year. And the positive comments from all who have been following our journey! Augusta’s family has certainly grown. So thank you for all kind support and interest!

We thought that the journey through Germany, dressed in clothing of the time, might be nice to make this fall. But that would also mean making new clothes for colder weather. And travelling by train and river boats would necessitate some smart solutions to “luggage”. Whatever we bring, we will have to carry with us, and we would not have the same luxury as Augusta had – hiring local servants. The hatboxes would definitely have to be left behind (even though they were very good laptop bags on the Göta Canal cruise).

Kerstin has already started researching Lübeck – our starting point in Germany. Gustaf Lejdenfrost, Augusta’s brother-in-law, had a business contact in Lübeck with the name of August Peter (AP) Rehder. In the summer of 1847, Augusta and her mother were invited to travel with Lejdenfrost to Lübeck and meet the family Rehder. This would also be a great opportunity for Augusta and her mother to do a sightseeing trip to Berlin, Dresden, Potsdam, Prague, Leipzig, and Hamburg.

At 6 am on the 20th of June, 1847, Augusta, her mother, and Lejdenfrost arrived by boat to Travemünde and had breakfast “together with some members of the lovely Rehder family who had come to meet us.” After some sightseeing, they all traveled to Lübeck. 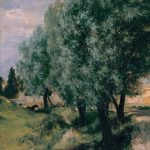 “For dinner we were invited to Rehders and we spent the afternoon in a beautiful garden outside the city, where there was music and where we played games like ‘last couple out’, ‘one hits the third’ and others.”

Wouldn’t it be nice to find out more about the Rehder family? Who were they, and what happened to the family. Are there still descendants somewhere in the world, or some still in Lübeck who we could visit?

This week, Kerstin handed me the baton – she was already digging into the history of the Tesdorpf family in Lübeck and their relationship to Augusta’s friend Mina Tesdorpf. But she had found a hotel that might be Rehders’ old house – there was just some issues with the street numbers … 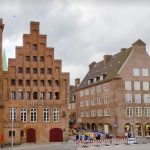 “Behind the façade of one of the oldest brick buildings of Lübeck is a small, exclusive hotel like no other…” reads the welcome page of Hotel Anno 1216. The history of the house is indeed interesting “The historic building stands on the corner of Alfstrasse and An der Untertrave, thus occupying an important strategic position within the original street network of the newly founded settlement of traders. The first written reference to the house dates back to 1305.”

This is where my sleuthing starts. Of course there is a book one can buy about this house (Alfstrasse 38), but there are always online archives that will provide the same information. After some digging, I find the owner list of this house going back to 1305. And yes, AP Rehder bought the house in 1853 and sold it in 1863.

So, when Augusta visited in 1847, Rehder had not yet bought Alfstrasse 38, but lived right across the street from Hotel Anno 1216, at the opposite corner of Alfstrasse and An der Untertrave (today Alfstrasse 41).

The issue with the street numbers can quickly be resolved. The street numbers changed over the years but those on a city map from 1840 match Rehder’s addresses in the digitally available address books of inhabitants of Lübeck at the time.

Besides AP Rehder, his daughter Mathilde is mentioned by name. She became a good friend to Augusta, and when, after 4 weeks in Germany, they returned to Sweden, Mathilde and her father came along. Mathilde spent a couple of weeks with Augusta, first in Stockholm and then at her home, Loddby. Augusta was 20 years old and Mathilde was 19 and they became best friends. I wonder if Mathilde also kept a journal?

“In Stockholm we spent a few days to show Mathilda its beautiful surroundings and places that could be worth seeing. She found our capital, if not magnificent or spectacular – characteristics that we ourselves must admit it does not possess – at least, as she expressed, “sehr gemüthlich”, and our park, Djurgården, won her undivided approval.

It does not take many days to take in all of Stockholm’s “Sehenswürdigkeiten” and on the 3rd day after our arrival, we traveled with Raketen and Captain Sandberg to Norrköping.

Mathilda spent two weeks at Loddby; then her father came to pick her up and Lejdenfrost and I accompanied them to Norsholm, where we bade them farewell after a long and nice time together.”

So what happened to 19-year old Mathilde?

She married Cay Dietrich Lienau and had several children, the exact number we don’t know. Three children can be found on various genealogy sites: Paul Adolph Wilhelm (b. 1855), Cay Dietrich (b. 1867) and Louise “Lizzie” (b. 1869).

Louise emigrated to USA. She was married to Wilhelm Grojitzki who was also born in Germany. They settled in Michigan and had 3 children:
Amand Clara, born in 1889, married William Fredrick Lienau and had 5 children,
Clara Louise, born in 1891, married George H. Lozer, and
Alma Rowena, born in 1904, married Theodore John Kratt and had 2 children

So at least in the US, someone can call Mathilde his or her great-great-grandmother, just like Augusta was ours.