Would the maid have used #MeToo?

Would the maid have used #MeToo? 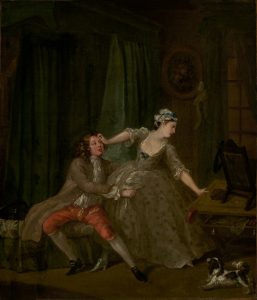 On October 16 this year, my Facebook feed started to fill up with #MeToo – friends acknowledging that they had at some time been sexually harassed or assaulted. A simple hashtag and suddenly the whole world was talking about how men mistreat women.

It made me think of Augusta and her time period. I can’t imagine that she and her friends, who all belonged to a privileged class, would have been harassed. The men in her social sphere were chivalrous and a few made their feelings known by proposing marriage. The closest to harassment that she experienced was not physical in nature: some men let her know that they were displeased with her voicing her opinion.

But of course sexual harassment and assault existed, just as today, where men had power over women – for example, being the employer. And often, if the harassment became known, the woman was blamed.

I just thought of the maid at Loddby. Was she really as evil as Augusta had described? And who was she?

I had to drop what I was doing in order to find out who this girl was. But first some background from the diary. Why did I think of her?

“May God forgive both August and the malicious, hateful Eva all the unhappy moments they give us. He is a weak, of alcohol destroyed creature and, therefore, he follows the directions of a bad, vindictive maid’s gossip when his senses are obscured.”

“Eva, the wretched creature, Loddby’s evil spirit, is finally gone. God be forever praised! And I hope that it now will be a little calmer at home. She was, at the last moment, as mean and rude and deserved a good flogging if anyone had wanted to dirty their hands. She now moves to Mrs Rosendahl and will surely become a common street girl.

The new cook has arrived and looks fairly plain, but I have a panicky fear that there will be new courting, new scenes, new sorrows and more of that nature, which will never end until our Lord delivers us from the source of all evil, and that will likely not happen soon. Thus, patience, life’s most useful characteristic, don’t leave me as you have done so far.”

August is Augusta’s older brother. He does not work, has tuberculosis, and drinks. Eva, the maid, is described as someone with power over August and someone with bad morals (… will surely become a common street girl). Isn’t it more likely that August, being privileged, had power over the house maid?

Anyway, who was she? Maids are just referred to by their first name. How would I find out who, besides the family, lived at Loddby at this time?

Sweden has had some very unique laws. One was the Swedish Church Law of 1686 which stipulated that the parish vicar was obliged to conduct household examinations, making sure the parishioners knew the Bible and Luther’s Small Catechism. The results, in addition to some other information regarding each household, was then recorded in a parish register. A consequence of this law was eradication of illiteracy as all children were taught to read in parish schools. A curious detail too, is the recording of smallpox vaccinations which were initiated in 1804. It became the vicar’s role to keep track of vaccinations.

The household examination register in Kvillinge Parish, to which Loddby belonged, would definitely have the records for all who lived at Loddby manor.

And it did! And it was available online. 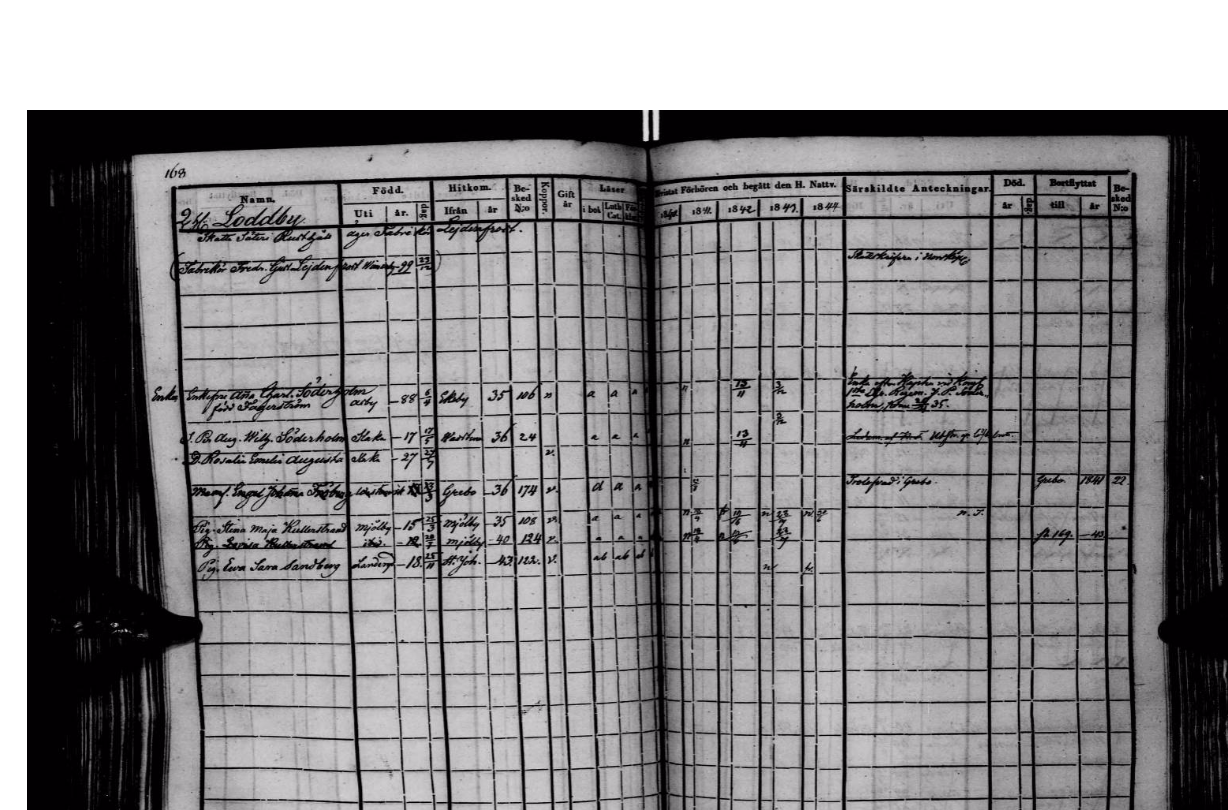 I had found Eva!

In 1851, she was 33 years old and August was 34. Would she have used #MeToo about the drunk man who she had to serve on daily, or was she, as Augusta suggested, taking advantage of August. We will never know.

I guess my next task is to find out more about Eva’s life. There are more digitized records online …