Under the moss on the gravestone, you can discern the words chiseled in the polished marble: NEVER FORGOTTEN. 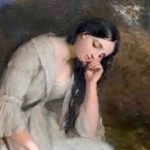 We have reached the final destination of our trip to the west coast of Sweden – Varberg. This is where Augusta, at the age of 28, spent a short time to treat her tuberculosis with sea air and spa water – the only prescribed treatments available before the discovery of the bacterium that causes tuberculosis. And this is where she died on 28 July 1855.

We stand before the grave in the shaded old cemetery in the center of old Varberg where we have just planted small roses. Next to hers is a grave with an iron cross, partially buried by thick bushes. Whose grave is this? Another life cut short? I decide to find out, and what I find is another girl who should never be forgotten. 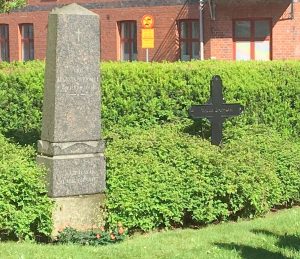 By sheer coincidence, her birthday is today! She was born 187 years ago today. Unfortunately, she died at age 20.

Helena Cecilia Sofia Ekenstam was born on 19 October 1832 at Sålla, Sjögestad, not far from the parish where Augusta was born (Slaka). She was the 8th child of the 14 children born to her parents, Fabian Vilhelm af Ekenstam and Sofia Charlotta Zachrisson. She grew up in Stora Tuna parish outside Borlänge, in Dalarna. Like Augusta, she contracted tuberculosis at a young age and was sent to Varberg in the hope of curing her lung disease. When she died on 16 August 1853, she was buried in Varberg, far from her family. Two years later, Augusta would be buried next to her. 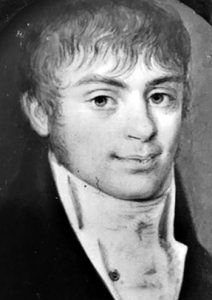 Cecilia came from an interesting noble family. Her father, “The last Swedish Alchemist”, was deeply religious and studied theology, mathematics, and Sanskrit at Lund University. In 1813, he moved to London where he became interested in alchemy. Having no success in alchemy, he returned to Lund in 1818 where he became a professor. In 1822, he moved to Linköping and in 1836, he became the vicar in Stora Tuna parish in Dalarna, a position he held until his death in 1868 at the age of 82. 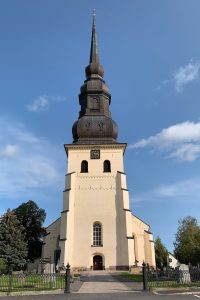 Stora Tuna church where Cecilia’s father was the vicar

If you visit Varberg,

put flowers on both Augusta’s and Cecilia’s graves. Two young girls who died far from home and should never be forgotten. 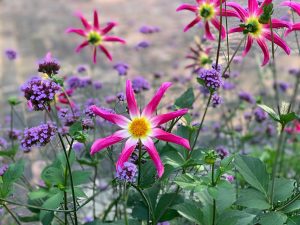