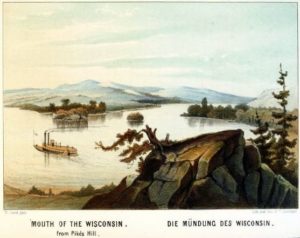 Henry Lewis’ painting of the Mississippi from Pikes Peak, Iowa (illustration from book)

In the mid-1800s, a few artists painted landscapes on such long canvases. Of course, if you wanted to do an accurate painting of the Mississippi River for example – or at least 1,000 miles of it – you probably needed a few miles of canvas.

Panoramas depicting landscapes and famous battles were already popular in the 1800s. They were displayed in theaters and assembly halls. But what if you wanted to make the viewer actually experience a river cruise? Seeing the changing scenery from the railing of a steamboat on the Mississippi?

The moving panorama – the virtual reality shows of the 1800s

A couple of months ago, my two daughters and I tried virtual reality provided by Dreamscape. We donned goggles and computer backpacks and attached sensors to our hands and feet and then entered a 3D world that was stunningly beautiful. Not only were we immersed in this 3D world, but we could also interact with it. 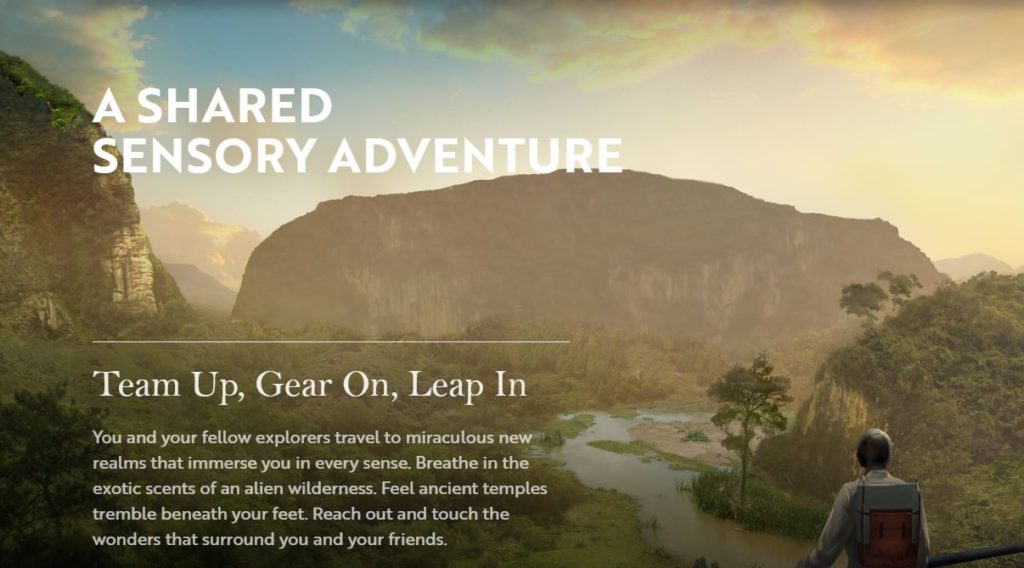 The moving panoramas were the virtual reality shows of the 1800s. The ads for Dreamscape, “Experience things you thought were fantasy. Be transported to places you couldn’t have imagined existed,” sound similar to the ads for the moving panorama shows. Europeans could now experience the Mississippi River or the Niagara Falls or New York.

So what were moving panoramas? Like a scroll, the panorama was painted on a long canvas which was attached to two spools. The image was then advanced by cranks so that the scenes would pass behind a huge frame. Music was added by live performers and the show was narrated so that the viewers would get a full understanding of the changing scenes. 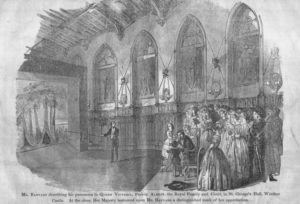 Queen Victoria and her family watching a moving panorama

One day, I was searching Swedish newspapers for an obituary of one of Augusta’s friends. I assumed it would be in a newspaper in April 1852. I was correct; I found it. But next to the obituary was an advertisement for Risley’s Mississippi. The ad stated that for 3 more days, Mr. Risley would show a moving panorama, the size of 60,000 square feet depicting 4000 miles of America. The show would take 2 hours. 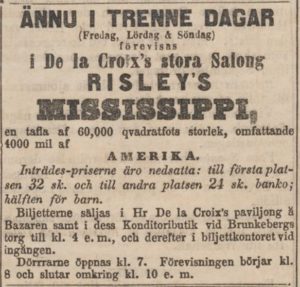 Who was Mr. Risley?

I searched for Mr. Risley in newspapers and books and found a similar ad in a London newspaper in 1848:

Richard Risley Carlisle (1814-1874) was first and foremost an American circus acrobat and juggler. He traveled all over the world and performed under the name of Professor Risley.

In 1848, Risley partnered with a panorama painter, John Rowson Smith, and traveled to Europe with Smith’s panorama, The Mississippi.

The painter of the panorama, John Rowson Smith (1810-1864), grew up in Brooklyn. His father, John Rubens Smith was a British painter and printmaker. It is unclear how John Rowson decided to paint the Mississippi river but it was around the same time that another landscape painter, John Banvard, was also painting a moving panorama of the Mississipi. The two were rivals as were others who realized that this new form of entertainment was lucrative. John Banvard was extremely successful showing his panorama in London. While John Banvard was both a painter and a showman, Risley was the entertainer who brought John Smith’s panorama to theatres and social halls around Europe. And the panorama got stellar reviews by the London press:

The only surviving moving panorama of the Mississippi

In all, 7 different moving panoramas of the Mississippi were produced by various artists. Nothing is documented about the destiny of John Rowson Smith & Risley’s panorama. John Banvard’s panorama was most likely cut up and used as theatre backdrops. 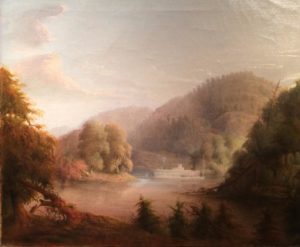 Banvard’s painting of the Ohio River

Only one moving panorama of the Mississippi still exists. It was painted by John J Egan and commissioned by Wilson Dickeson. It is presently housed at St. Louis Art Museum. A portion of it was filmed in 2015 and can be viewed here.

Making your own moving panorama

While searching for Risley’s Mississippi, I landed on a fantastic website: The Crankie Factory. Besides finding information about the moving panoramas of the Mississippi, I also got inspired by the idea of making simple moving-picture machines for small moving panoramas – “crankies”. If you are home with young kids, there are instructions on how to build simple crankies and there are links to watching crankies. Here is a beautiful and pretty elaborate one made by Meg and Ian Chittenden and the 8th grade class of the Bay School, a Waldorf school on the coast of Maine. https://www.youtube.com/watch?v=99wznzKuYd4.

And so much more…

Here are some additional reading

…about another panorama painter, Henry Lewis, and his paintings of the Mississippi