I never met my paternal grandmother, Eva Svinhufvud (married, Melin). She died years before I was born. But she was somewhat of a legend and a role model when I was young. She had a higher-education degree in gymnastics from the Royal Central Gymnastic Institute (GCI) in
Stockholm and had traveled to Switzerland in her youth to teach the latest kind of gymnastics – Ling’s Gymnastics. She had even opened her own institute in Lausanne, Switzerland! My cousin and journalist, Annika Melin, published a book about her a few years ago.

My grandmother Eva’s grandmother was our Augusta who was confirmed in St Jacob’s parish in 1844. So when I saw the name of one of her confirmation friends, Emma Ling, I got curious. Did she have anything to do with the founder of Ling’s Gymnastics?

That Emma Ling was ranked 7 out of the 92 girls who were confirmed in St Jacob’s parish in 1844 came as no surprise. Emma’s father was Pehr Henrik Ling. He had died in 1839 but was famous for having founded an institute for gymnastics in Stockholm, Gymnastiska Centralinstitutet (GCI, the Royal Central Gymnastic Institute). He was also a poet and a member of the Swedish Academy with the title of professor.

GCI in 1868 and before demolition to make room for Stockholm’s Culture House (Source: Digitala Stadsmuseet, Stockholm)

Emma was born in 1828 to Pehr Henrik Ling and his second wife, Charlotte Nettelbladt. She had an older half-sister, Henrika Sophia Carolina (Jetta) born in 1810, three older full-siblings, Hjalmar Fredrik (1820), Carl Ejlif (1824), and Hildur (1825), and two younger siblings, Wendela Henrica (1834) and Henrik Sigurlam (1838). Carl Ejlif died at age 18 in 1842 from gastric fever and Sigurlam only lived for 6 months before succumbing to an inflammation. Emma’s father had a total of 10 children, but 3 had died before Emma was born.

The family had two homes – they lived in the house where GCI was located, which today is the location of Stockholm’s Culture House. There is a small statue outside the Culture House, commemorating GCI and its founder, Pehr Henrik Ling. 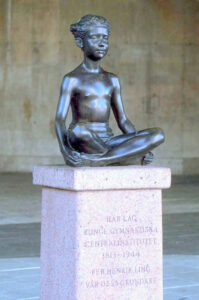 Their other home, Annelund, was outside Stockholm, in Solna parish. It was a nice country home with a barn used for gymnastic exercises.

While Emma’s two siblings, Hjalmar Fredrik and Hildur both continued in their father’s footsteps and taught gymnastics at GCI, Emma married a nobleman in June of 1851, Robert Edvard Stuart. Robert owned Långvik’s glassworks in Piteå in northern Sweden. In August of 1851, Emma moved to Piteå, far from her family in Stockholm. 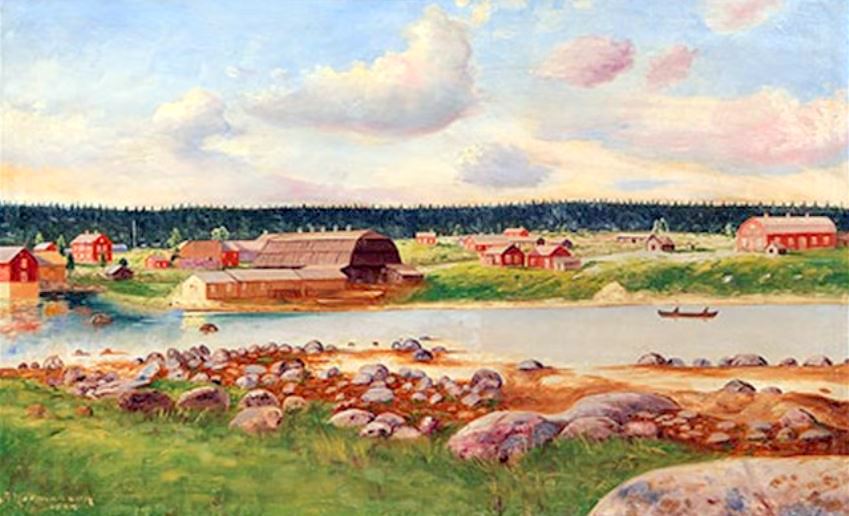 The following year, on July 8, 1853, Emma gave birth to a daughter, Anna Catharina. Little Anna died within a year. The cause of death was not recorded in the church records. Emma was already 3 months pregnant with their second child and on January 22, 1854, Hildur Carolina was born in their home at Långvik.

There is little digital information about Emma and Robert’s life at Långvik. There was a local newspaper in Piteå, Norrbottensposten, that featured local news and advertisements. In 1853 there was an obituary for little Anna, and in July of 1854, there was an announcement about an upcoming auction of everything belonging to the Stuart family, including cows, calves, sheep, copper, iron, …, and then a list of their household items. What had happened?

The next digital record comes from the church records in Klara parish in Stockholm. Emma and Robert had obviously left Piteå and moved back to Stockholm. Was Robert ill? On September 30, 1854, Robert died from gastritis. He was 33 years old. His was buried at Annelund, the Ling’s estate in Solna.

Emma was now a widow at age 26 with a 9-month-old baby. She realized (or found out) that her husband’s debts might have been more than his assets. So in order to not being responsible for his debts, Emma sought what in Swedish is called “urarva”, that is, forgoing the inheritance and thus not being responsible to pay any debtors. She and her daughter, Hildur, would not inherit anything, not even Emma’s dowry from just a few years back. She was now at the mercy of her family. 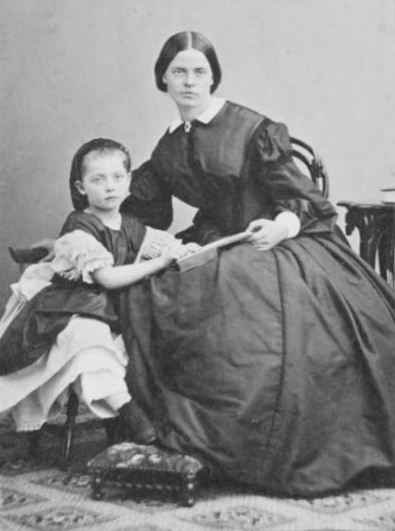 Emma never remarried. She brought up her daughter who in 1877 married another nobleman, Klas Mauritz Linroth. 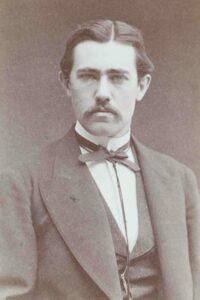 Emma died in 1909 from pneumonia. She is also buried at the family cemetery at Annelund – Ling’s Hill. 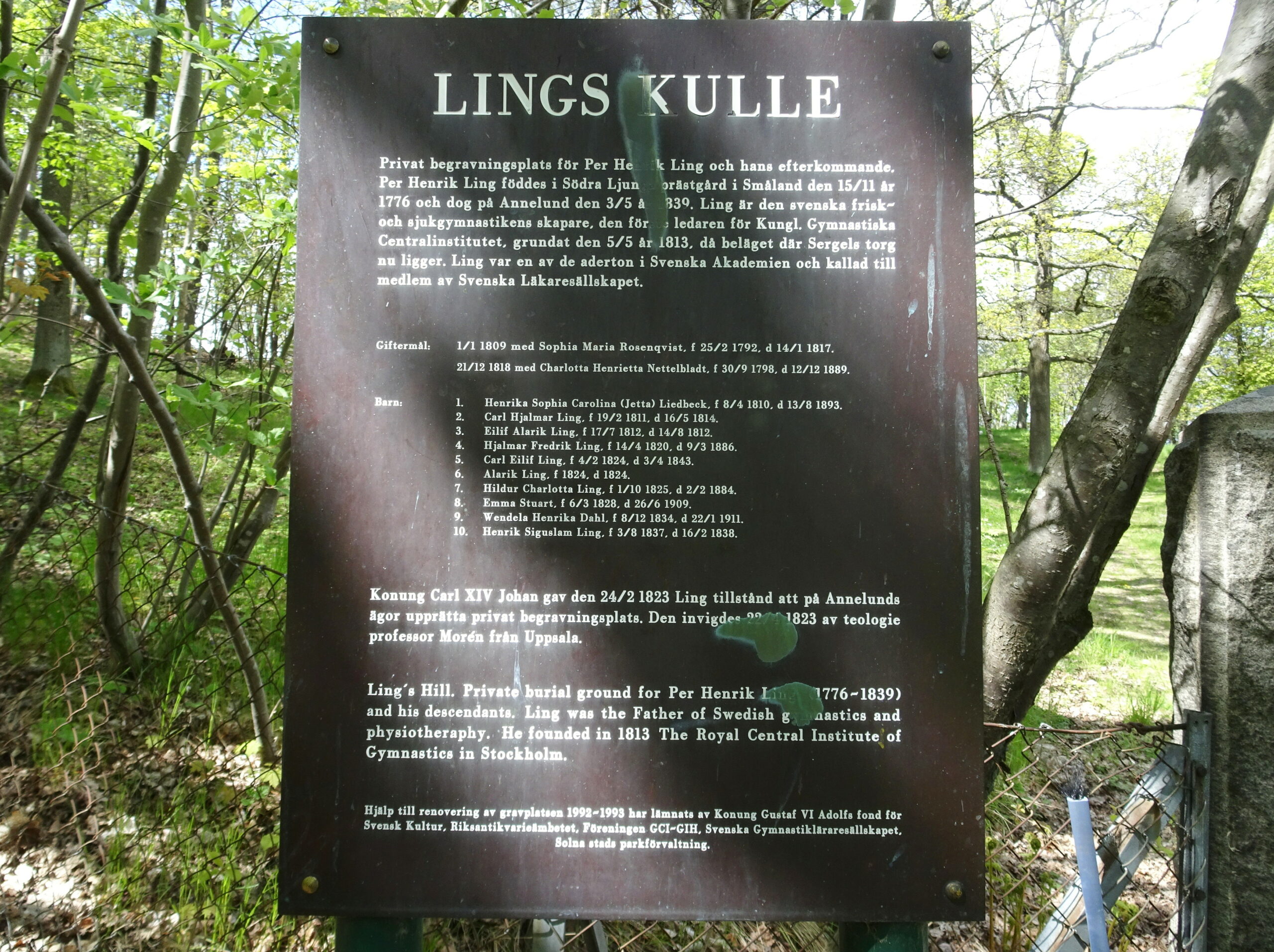