Today’s card in Cecilia Koch’s memory album is from Adèlaide Peijron. I wrote about Adèlaide in 2018 when I was searching for the girls who, like Augusta, lived with the Edgren family in Stockholm. Soon after writing the blog post, I received an exciting email from Adèlaide’s great-great-granddaughter (and our new friend), Kathinka Lindhe. At that time, she was working on a book about Adèlaide’s son. More about that down below. 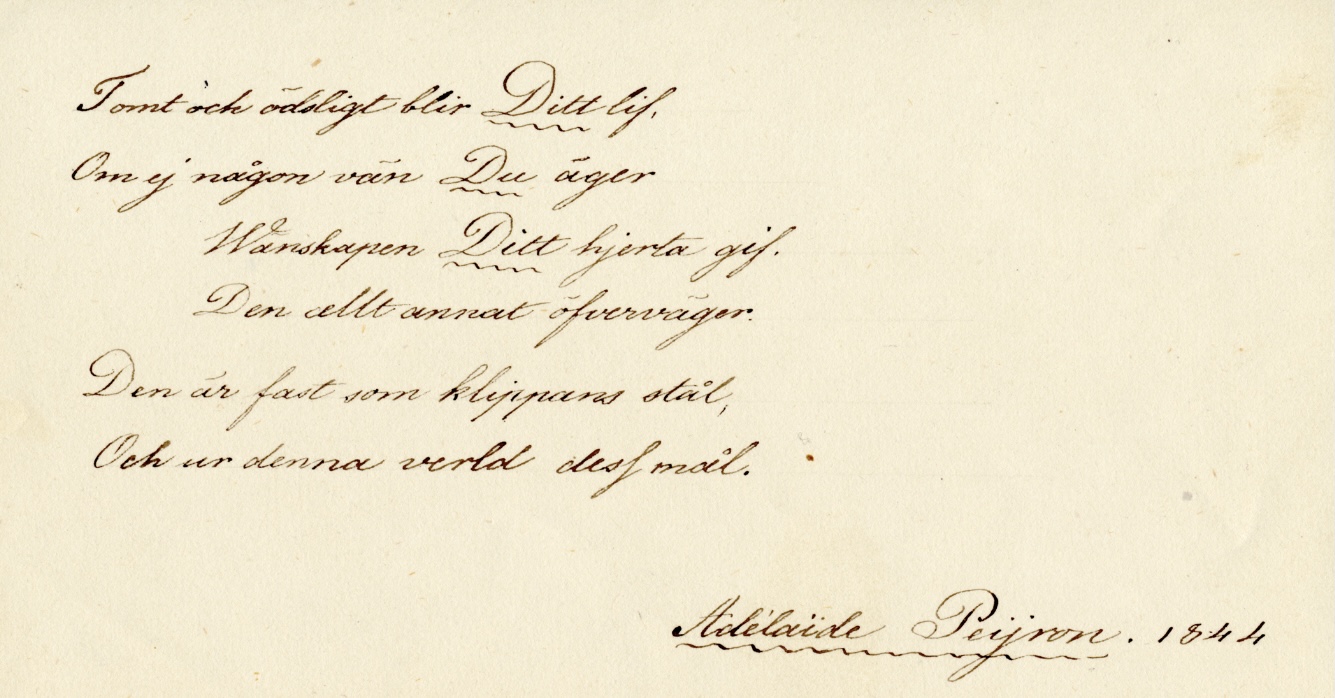 Empty and desolate your life will be,
if not a friend you have.

A heartfelt friendship, do bestow,
a gift that beats all else.

Friendship – solid as a rock,
aim for it in life.

Adèle’s full name was Adèlaide Virginia Peijron and she was born on 13 June 1831 in Stockholm. She was almost 13 years old when she wrote the loving poem to Cecilia.

Adèlaide’s mother was Adèlaide Elisabet Schön (1808-1837) and her father was the officer Edouard August Peyron (1796-1858) who had been introduced into the House of Nobility in 1837 with the new name, Peijron. In 1844, when Adèlaide wrote the poem to Cecilia, her father was a chamberlain (kabinettskammarherre) to King Oscar I.

Adèlaide’s mother died when Adèlaide was only 6 years old. It is understandable that the father could not take care of his young daughter. In 1840, at the age of 9, Adèlaide was therefore boarding with the Edgren family. She lived with the Edgrens until they left Stockholm in May of 1844. She then moved in with Mademoiselle Andriette Frigell who continued the school.

Thank you, thank you, for your latest and, for so long, an anticipated letter which was dearly received.

… Yesterday, I was visiting Mademoiselle Frigel and she always asks about you and she sent you her warmest regards. Adèle Peyron also sent you lots of greetings. Erica Degermann and I are invited to Mademoiselle Frigell on a graduation ball on Tuesday…” (Lotten Westman’s letter to Augusta, 16 April 1846)

In September 1846, Adèlaide’s father married Anna Maria Bagge (1810-1858) and Adèlaide now had a stepmother. This upcoming wedding was already news in Mademoiselle Frigell’s school in the spring of 1846:

“Speaking of Mademoiselle F., Adèle Peyron’s father will remarry, with Mrs. Bagge, born Groen. So Adèle gets a stepmother. She went with her on May 1st but Adèle did not look happy at all, said Erica Degerman who saw her. Poor Adèle, I do not think it should be fun to have a new mother when you are that old.” (Lotten Westman’s letter to Augusta, 6 May 1846)

In 1853, Adèle married chamberlain Gabriel Gerhard Sigge Sparre af Rossvik and they had 2 sons and 2 daughters. One of the sons was Sixten Sparre. 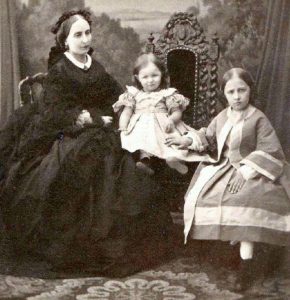 Adele with her two daughters in 1860.

Sixten Sparre was married and had two children when he became infatuated with a beautiful circus performer, Elvira Madigan. He left his family and convinced Elvira to leave the circus and join him. They traveled to Denmark but had no means to support themselves. Their “honeymoon” ended in tragedy. Their bodies were found in a forest, Elvira presumably shot by Sixten who then shot himself. Their short story was the perfect fodder for the press – a romantic love story of a lieutenant and a beautiful circus artist who in desperation jointly committed suicide. Did they?

For the surviving family, it was something else – the tragedy, the shame, the history that should be forgotten and not mentioned. Kathinka Lindhe writes about this in her book Vacker var han, utav börd: Sixten Sparre, mannen som mördade Elvira Madigan (Transl. He was beautiful, of noble birth: Sixten Sparre, the man who murdered Elvira Madigan), published in 2020. It is a fascinating narrative about Sixten Sparre. She also writes about Adèle’s life after her son’s murder/suicide. 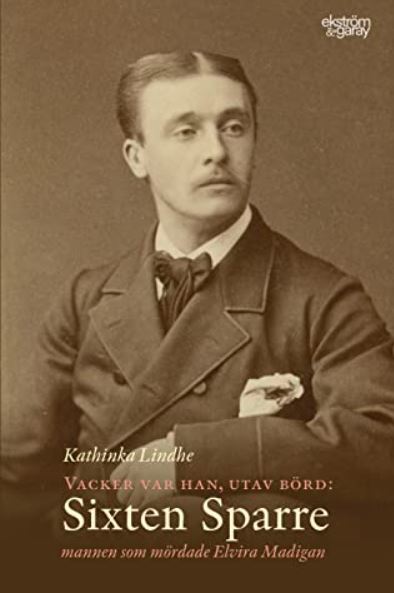 Adèle had had her own marital problems. Her husband had squandered all the wealth she had brought into the marriage. He had been forced to declare bankruptcy, and when he died in 1897, there was no inheritance for Adèle to live on. She had to manage on a pension but fortunately, she later received a substantial inheritance from a relative. She died in Stockholm in 1909, at the age of 78.