Louise Wener wrote the following poem for Cecilia in January of 1844. 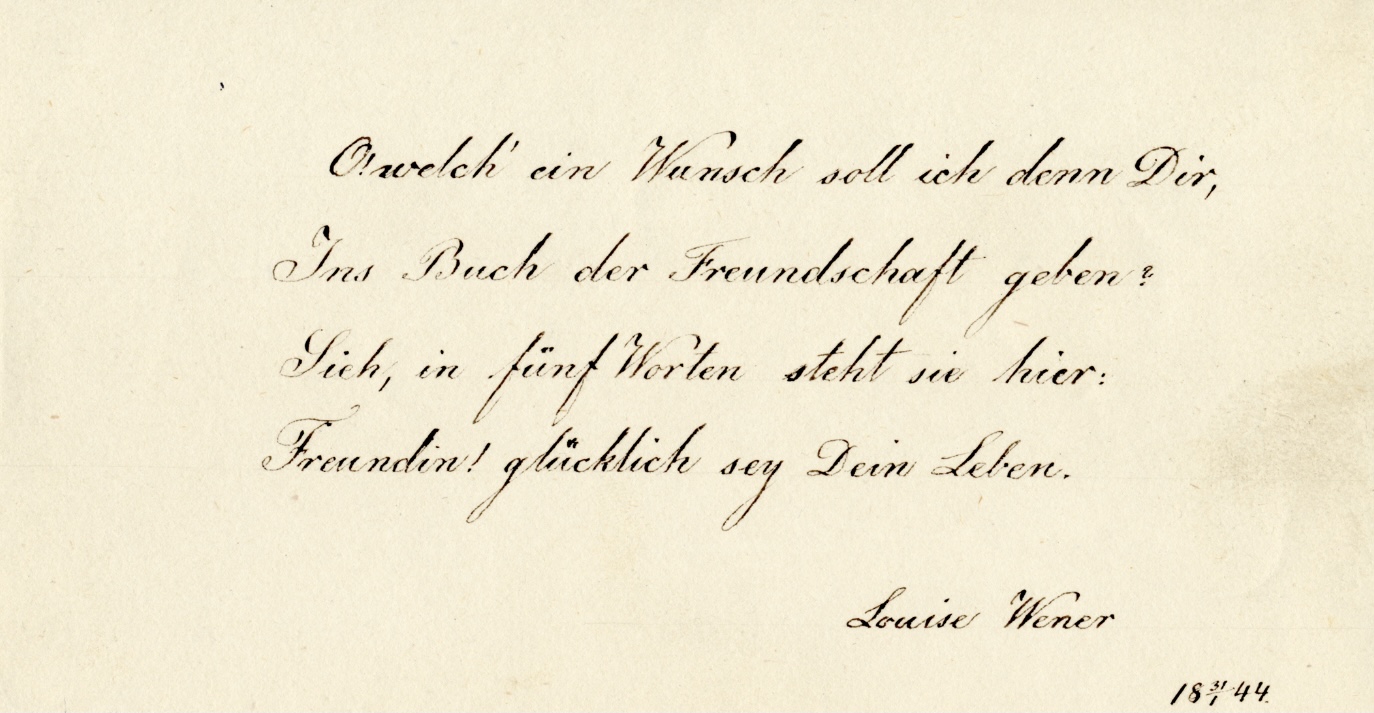 (I am grateful for the translation from German to Swedish by Walter Fischer, Cecilia’s relative)

Who was Louise Wener? How did Louise and Cecilia know each other and where did they meet on that last day of January 1844?

A quick search and I find a great candidate – Louise Wener, born March 4, 1828, and thus the same age as Cecilia. She was born and raised in a parish close to Stockholm. This is her story.

Louise was born in Sånga parish, on the island of Färingsö or Svartsjölandet in lake Mälaren outside Stockholm. Her father, Herman Wener (b. 1788), was a wholesale merchant who leased a royal farm – Svartsjö Kungsladugård. Svartsjö is one of the oldest royal estates in Sweden dating back to the 1400s. Royal estates supplied the King with food and supplies. Besides the royal farm, there is also a magnificent royal castle nearby – Svartsjö Castle, built in 1730.

The Wener family was large. Louise’s mother, Henrietta Dorothea Emilia Kiegel (b. 1800 in Estonia) gave birth to her first child, Herman, at the age of 15. Louise was the 6th child out of 8.

Living on a farm and having a kitchen garden would have been a lot better than living in Stockholm. There would have been fresh air and plenty of space for the kids. Did Louise and her sisters venture out to the parks around the castle? Nobody lived in the castle anymore, except for a few families who maintained the gardens. 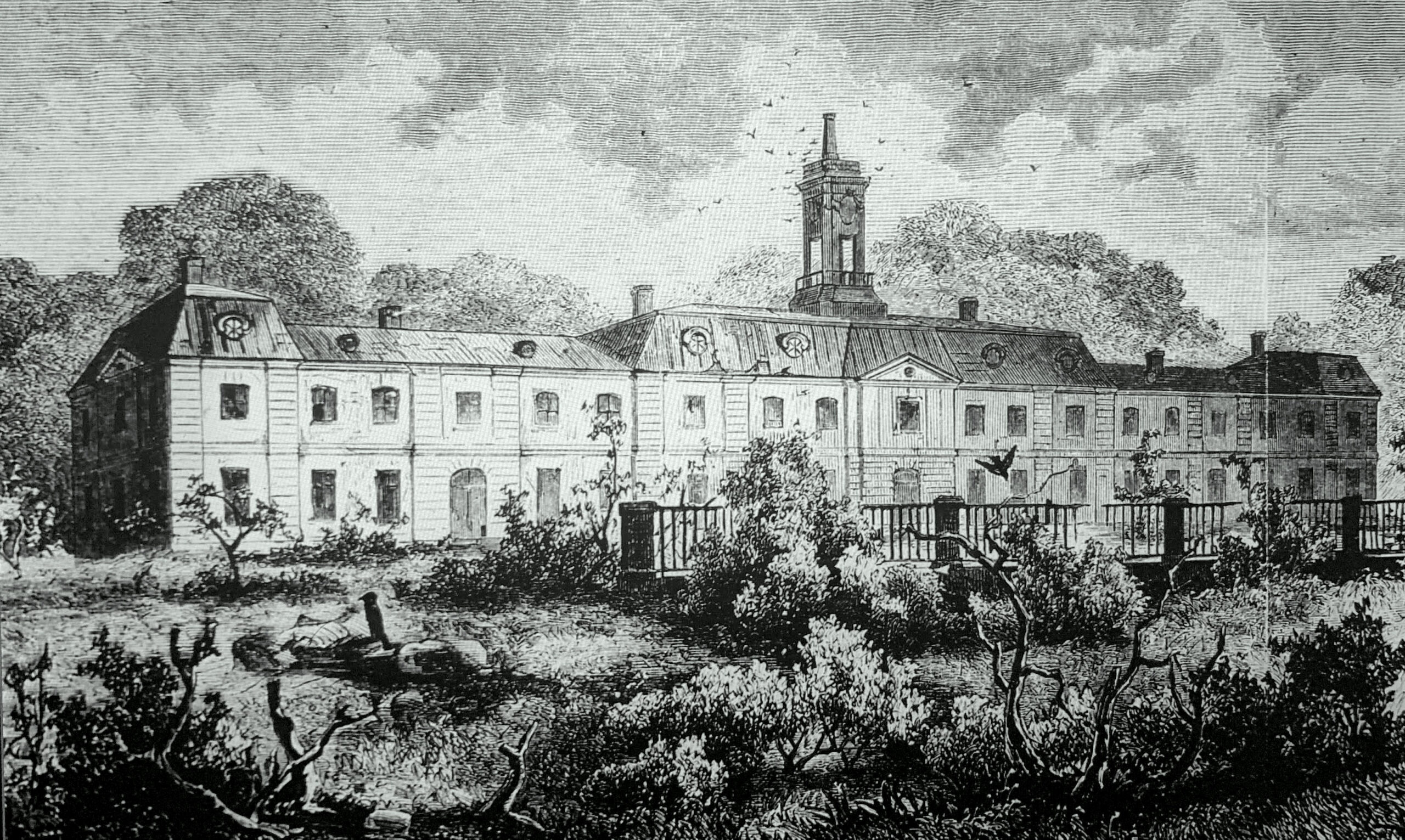 Many years later, the castle would be converted into a prison.

Svartsjö Castle has recently been restored to its original state and is open to the public.

It took quite some time to find a record of Louise and Theodor’s marriage. There was no announcement in the daily newspaper. But in the census records, I found that they had a daughter born in 1858. From that, I guessed they married in 1857 and decided to search church records in Stockholm. I eventually found the couple’s marriage bans in Skeppsholmen parish (the parish for members of the royal navy). The wedding, however, took place in Louise’s home parish, Sånga, on November 10, 1857.

In 1859, the family lived in Klara parish, in a familiar house. The address was Mäster Samuelsgatan 52 in block Blåman (This is where another friend, Lotten Westman, had lived back in the 1840s.)

The family happily announced the birth of their children in the daily newspaper. But then there were also some sad death announcements.

The birth and death announcements for two of their children, Gustaf and Theodora. Source: KB.SE digitized newspapers.

Starting in 1876, Louise put ads in the papers about work opportunities for women – cooks, housekeepers, nannies, and milkmaids. It read like a staffing agency. She called her service Louise Nordwall’s Commission Office (kommissionskontor).

Louise seemed to have had a fulfilled life. Her oldest daughter, Anna, married a doctor, Olof Immanuel Carlander, and had 5 children. Her oldest son, Carl Erik Theodor became a wholesale merchant like his father.

Maybe the poem she wrote to Cecilia when they were teenagers reflected her outlook on life – to be happy.

Louise died on July 8, 1917, at the age of 91! She was buried in the same grave as her husband and her two children, Per Richard and little Theodora. Next time I am at Djurgården in Stockholm, I will visit their grave, number 205, at Galärvarvskyrkogården.