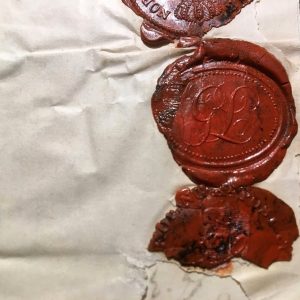 Of course, today we usually don’t get letters – we get emails and text messages. But this could have been a letter – and it was so significant.

Kerstin and I received an email from a 5th degree cousin who had stumbled upon our blog. That is, our respective grandparents’ grandparents’ fathers were brothers – Augusta’s father (Johan Peter Söderholm) and Carl Adam Söderholm.

Our cousin belongs to the family Schubert whose members are frequently mentioned in Augusta’s diary. The Schubert family lived in Norrköping and also had a country home, Fullerstad, close to Söderköping. Kerstin and I visited those places earlier this spring and wrote about two of the sisters Schubert, Mina Schubert and Hanna Schubert.

What is so significant is that we have, in parallel, been researching our families’ lives! I am sure we all have unanswered questions about our families.

One question I have been trying to answer is how Augusta’s sister Amalia met her husband Gustaf Leidenfrost (several different spellings of his last name exists. )

Fredrik Gustaf Leidenfrost was born on Christmas Eve, 1798, in Vimmerby. His parents were Christian Friedrich Leidenfrost (1748-1823), an apothecary, and Birgitta Maria von Sydow (1768-1810); he was one of their 7 children.

From his birth until he marries Augusta’s sister Amalia in 1832, at age 34, we don’t know much about his life. We know that when they got married, he was one of the successful textile-mill owners in Norrköping and that he had bought the estate, Loddby.

An interesting coincidence is that on the Schubert side of the family, Augusta’s close cousin, Carolina, also had married one of the leading textile-mill owner in Norrköping – Johan Jacob Schubert – in 1824. 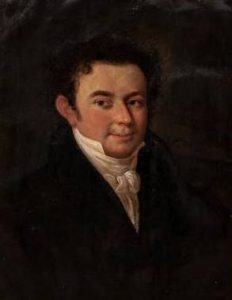 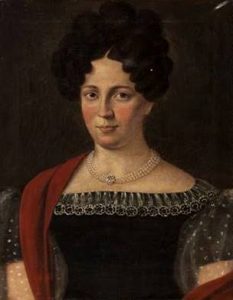 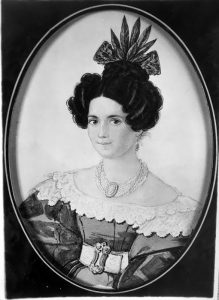 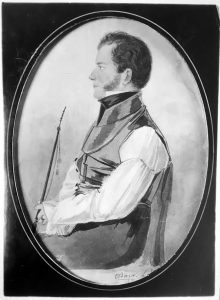 Norrköping must have been a very small, although increasingly important town in the mid-1800s, with textile-mill owners even being connected by family ties.

Maybe we will find out more about the connections between our two families over coffee with our new-found cousin tomorrow!