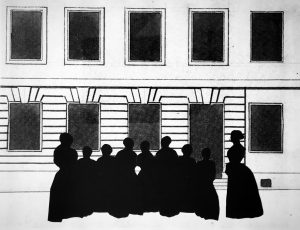 Augusta and her friends listening to Mrs. Edgren outside the Edgren School

In April 1846, Augusta’s friend Lotten writes to Augusta about a ball she and Erica Degermann (Lotten’s spelling) has been invited to. Erika was one of Augusta’s friends in Stockholm.

The picture is slowly developing of the group of friends Augusta had during her teenage years in Stockholm.

This week, I have found Erika Degerman. Who was she? 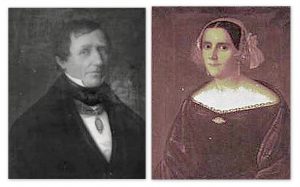 Erika’s parents. Like many parents, they had great hopes for their daughters. They also had the means to send them to Stockholm to get a good education.

She was the daughter of Erik Degerman (1782-1867) and Fredrika Dorotea Lindgren. Erik Degerman had, at the age of 25, inherited the ownership and management of Degerfors ironworks close to Piteå in northern Sweden. Presumably, Erika was boarding in Stockholm in order to get an education and socialize, just like Augusta. We don’t know where she lived. All we know is that she received her first communion in 1846 in Klara church, so she must have resided in that parish. Maybe she also went to Mrs. Edgren’s school? 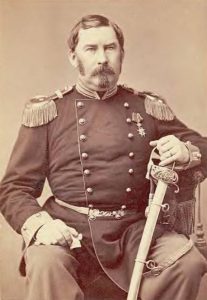 In 1850, Erika married Carl Helmer Hampus Mörner, a nobleman and lieutenant, in her hometown of Piteå. They became parents of two daughters and three sons, but had only 2 granddaughters. One of those, Dagmar Salén, became the first Swedish woman to win an Olympic medal in sailing. Together with her husband, Sven Salén, they took bronze in the 1936 Summer Olympics.

There seems to be an interesting family saga to be discovered for each of Augusta’s school friends!