I was actually going to write about Augusta’s first love. Then I got curious about all the young men who were interested in her. In 1845, Augusta was 18 and her admirers, who had just started their military careers, were in their late 20s. Augusta and her best friend Lotten Westman met them at balls, theatres, and concerts. After Augusta left Stockholm, Lotten wrote letters which included the latest gossip.

“I saw all your admirers at Gunther’s concert last Tuesday – Bergenstråhle, Löwegren, Edholm, etc, etc., as I believe there is a multitude of them. Do you know, I made a startling discovery that Knut Bergenstråhle has ”moonlight” on top of his head. I sat on the balcony, thus high above them all, and made that little discovery. Lieutenant Löwegren looks like ”world contempt and bitterness” when you see him out on town and I think he has become completely transparent tout pour nous.” 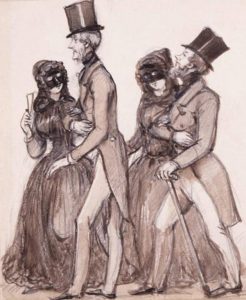 Sketch of couples on their way to a masquerade ball. Fritz von Dardel 1842.

“All your admirers, the Bergenstråhles, Löwegren, Bildt, and God only knows the rest of them, were at the masquerade ball at Carlberg and {unreadable verb} the masked ones. They themselves were not wearing masks; it would have been a shame to put masks on such beautiful faces.”

“Lieutenant Bergenstråhle was at Ekströms and I had the honor to “gallop” with Lieutenant Knut. Lieutenant Löwegren was also there. Seriously, I like him and he looks rather handsome.”

Von Dardel was a contemporary, well-connected nobleman who had a passion for drawing and painting social scenes. He was the same age as Augusta’s lieutenants and attended the same social events. In a world before cameras, he recorded the events in sketches and paintings. Many times he included himself in the painting. And he was ahead of his time by tagging people in his paintings by writing their names in the margins.

In the picture below, Augusta’s friend Lieutenant Edholm is the young man in the middle (as tagged). 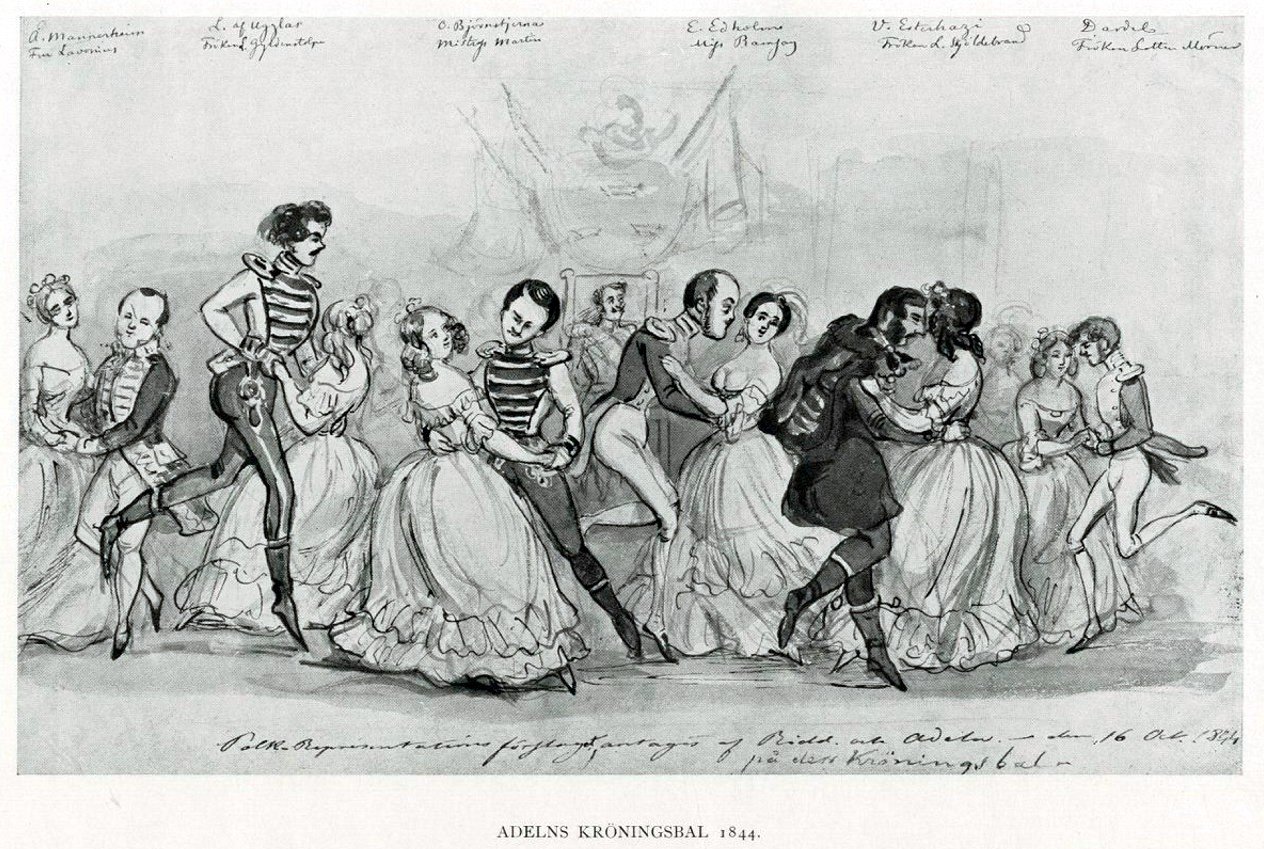 The Coronation Ball Given by the Nobles, 16 Oct 1844. Painting by Fritz von Dardel. Lieutenant Erik af Edholm is dancing with the voluptuous woman in the middle.

In the picture below, Augusta’s friend Knut Bergenstråhle is the young lieutenant holding the hand of the young girl dressed in yellow. Did Augusta attend this ball? 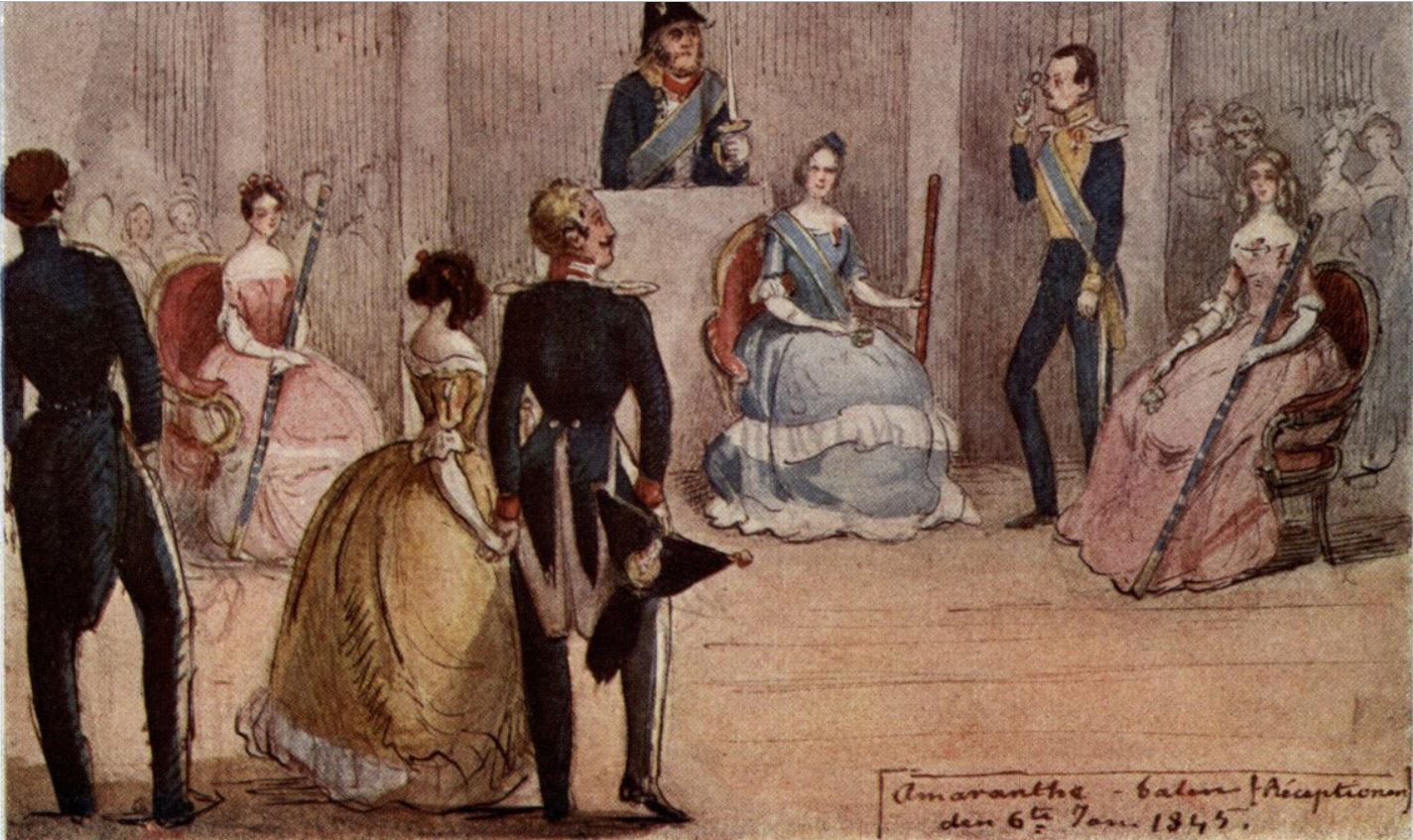 The Amaranth Ball, 6 January 1845. Painting by Fritz von Dardel. Knut Bergenstråhle is the young lieutenant in the middle.

Fritz von Dardel also painted Lieutenant Löwegren as he was playing piano at some social gathering.

So what became of Augusta’s lieutenants?

Ludvig Löwegren (b. 1817) became an army officer, a pianist, and a composer.

Erik af Edholm (b. 1817) became an officer, marshal at the court of King Karl XV, and director of the Royal Theatre. 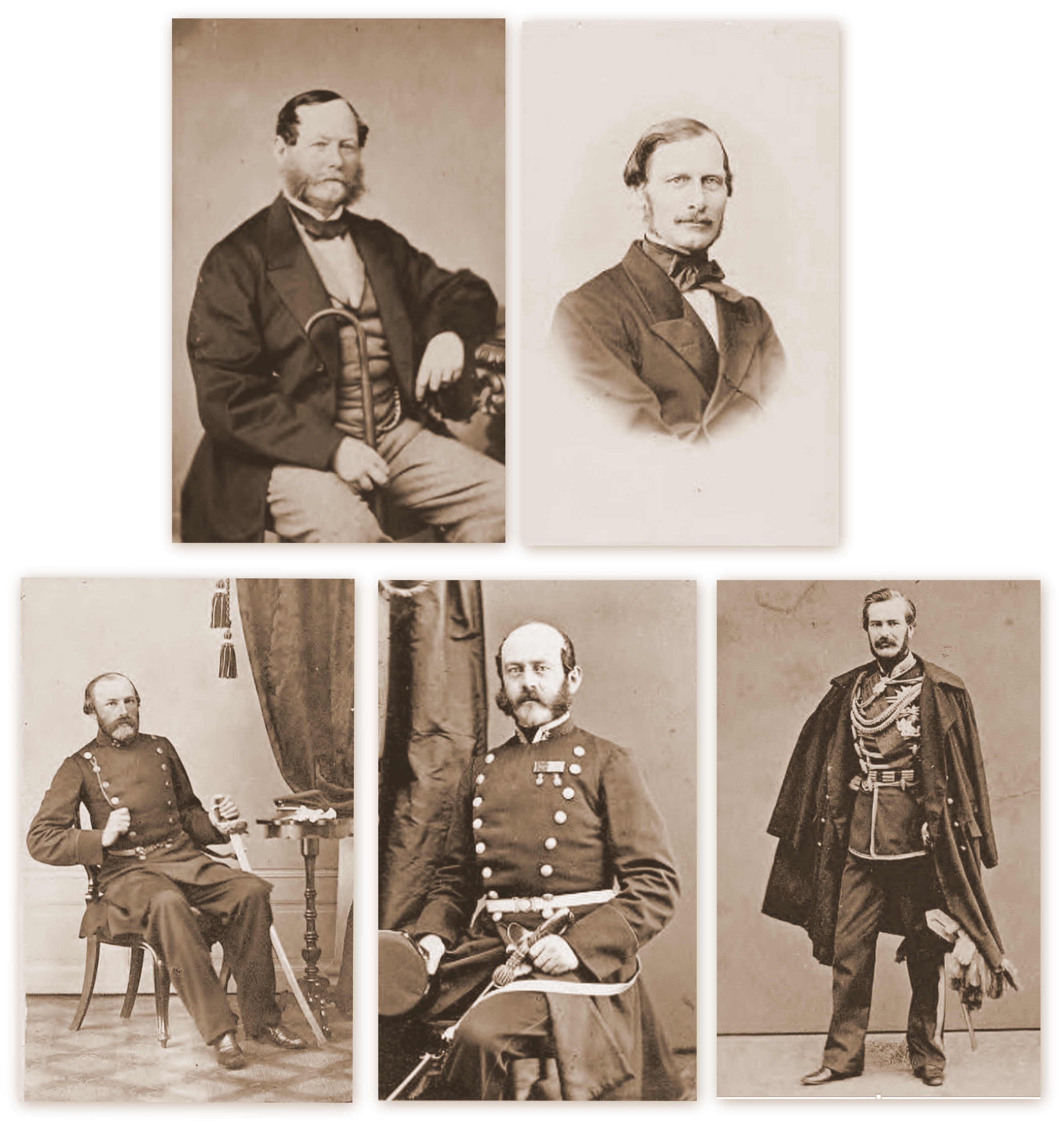